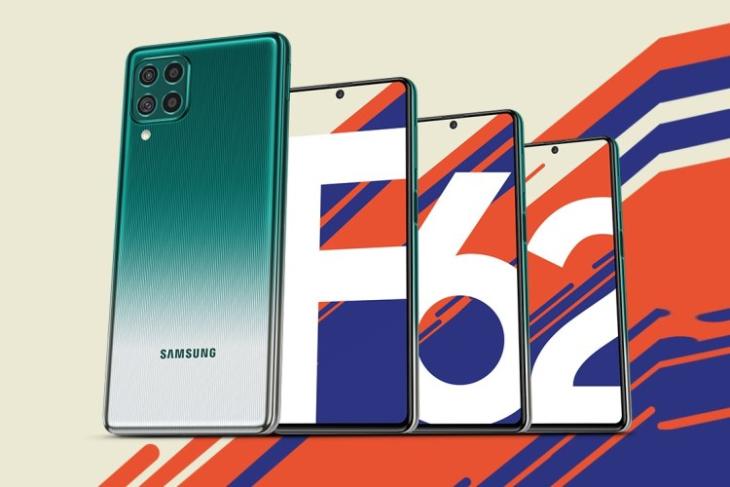 Samsung introduced the camera-centric Galaxy F-series with the launch of the Galaxy F41 earlier last year. It is a sub-Rs. 20,000 smartphone that rivaled the likes of Redmi Note 9 Pro Max and Realme 7 in India. The Korean giant has now switched gears and launched a more premium F-series smartphone, the Galaxy F62, in the country today.

After a flood of leaks and teasers, the Galaxy F62 has launched in India. It includes an AMOLED screen, a flagship 7nm Exynos chipset, a 64MP quad-camera, and a massive 7,000mAh battery. Let’s take a look at the complete specs sheet and the price details:

The smartphone will be available in three color variants, namely Laser Green, Laser Blue, and Laser Grey. It will go on sale starting from 2nd February via Samsung Shop, Flipkart, and popular offline retail stores.

Samsung has baked a 6.7-inch Full-HD+ Super AMOLED panel with minimal bezels. and a 2400 x 1080-pixels resolution. You have a centered punch-hole cutout with a 32MP selfie camera on the front. There’s also a side-mounted fingerprint sensor onboard that doubles as the power button.

Under the hood, the Galaxy F62 is powered by the flagship Exynos 9825 chipset. It is based on the 7nm EUV process and if you don’t remember, this chipset debuted with the Galaxy Note 10 series earlier in 2019. This chipset will enable the Galaxy F62 to compete against next-gen MediaTek Dimensity-backed phones in the sub-Rs. 25,000 bracket. You will also find up to 8GB of RAM and 128GB of storage (expandable up to 1TB via the dedicated microSD card). The device runs Android 11-based OneUI out-of-the-box, which is great. 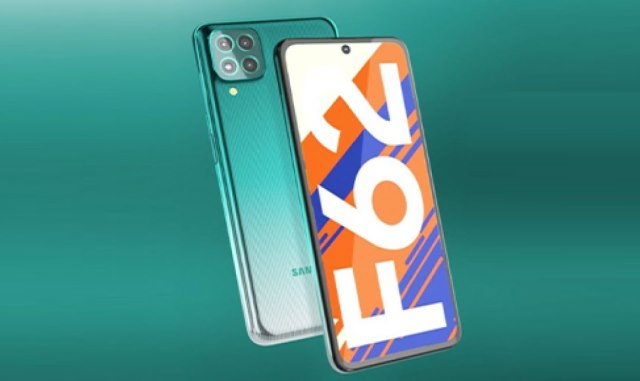 Square camera systems seem to be the trend right now, and Samsung is next in line to adopt it. The quad-camera system on the rear is led by a 64MP primary camera. It is accompanied by a 12MP ultra-wide lens, a 5MP macro, and a 5MP depth sensor. The LED flash sits outside the camera module at the bottom edge and looks quite odd.

Apart from the cameras, the humongous 7,000mAh battery is another highlight of the Galaxy F62. It is backed by 25W fast-charging technology as well. You also have a USB Type-C port, a 3.5mm audio jack, Bluetooth 5.0, and Wi-Fi 802.11ac to round up the connectivity options. It does not have 5G support, which some phones like Mi 10i, Realme X7, and OnePlus Nord boast in this price bracket.

So yeah, the Galaxy F62 could be a popular choice for users in the sub-Rs. 25,000 mid-range price segment in India.