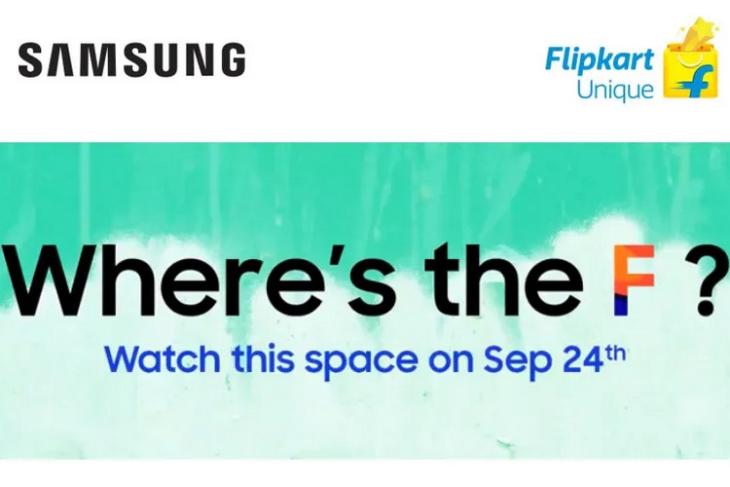 With Samsung all set to launch its Galaxy F-series mid-range smartphones, Flipkart has published a dedicated micro-site, teasing the upcoming launch. The teaser, which says ‘Watch this space on September 24’, suggests that we will get more details about the lineup tomorrow, including an official launch date. Rumors, meanwhile, suggest that it might be launched early next month. The pricing and key tech specs remain a mystery as well, but earlier reports suggest that they might be priced between Rs. 15,000 and Rs. 25,000.

Meanwhile, the South Korean tech company on Tuesday also posted a teaser video for its upcoming smartphones on the official Samsung India YouTube channel. The video not only teased some of the features of the device, but also confirmed that it will be available for purchase on Flipkart. As per the video, the device will have a full-screen, bezel-less display with a teardrop notch to accommodate the front-facing camera.

While Samsung has been tight-lipped about its upcoming offering(s), rumors suggest that the first device in the lineup will be marketed as the Galaxy F41. Said to be a youth-oriented device, it will apparently be focused on camera features and content consumption. According to earlier tweets by tipster, Ishan Agarwal, the Galaxy F41 smartphone will be available in two storage variants and have three color options, including Black, Blue and Green. It will reportedly be priced around the Rs. 20,000 (~$275) mark.

According to an earlier Geekbench listing, the phone will be powered by the Exynos 9611 chipset, sport 6GB of RAM and run Android 10 out-of-the-box. It is also said to include a rear-facing quad-camera setup with a 64MP primary sensor. The rest of the details are still a mystery, but we should get more information tomorrow.

Check out the Samsung Galaxy F-series on Flipkart

Samsung Foldable Smartphone to Be Unveiled at MWC 2019, with Launch in March