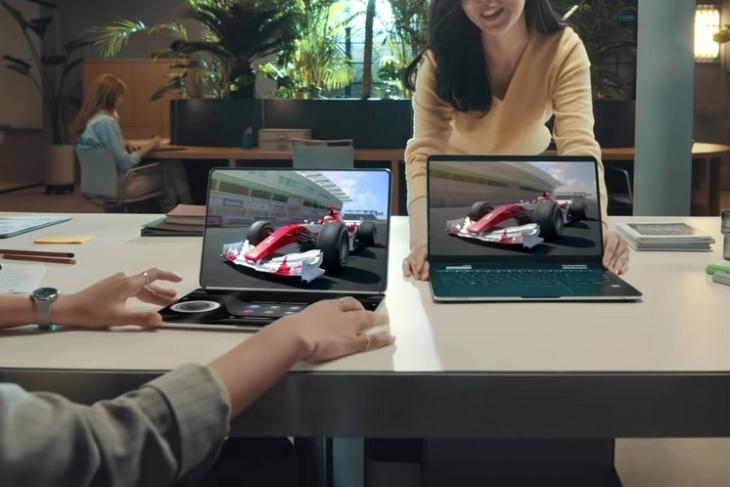 After launching its next-gen foldable devices, the Galaxy Z Fold 3 and Galaxy Z Flip 3 recently, Samsung is said to be working on a new laptop with a foldable display. Dubbed as the Galaxy Book Fold 17, the device is presumably under development and the Korean giant might unveil it later this year or in early 2022.

The latest tip comes from reputable Samsung leaker Ice universe (Twitter/@UniverseIce). In a recent tweet, the tipster attached an image that mentions the Galaxy Book Fold 17 moniker. You can check out the tweet attached right below.

For those unaware, Samsung had showcased many of its foldable display technology at the Society for Information Display (SID) exhibition earlier this year. Amongst others, the company shared an official promo video that first showed off a laptop with a 17-inch foldable display. You can check out the video on YouTube from right here.

Although Samsung did not mention any name for its foldable-display laptop at the time, Ice universe now reports that the Korean giant will launch the device as part of the Galaxy Book Fold series.

So, the Galaxy Book Fold 17 will feature a large, continuous OLED display that folds in half. Furthermore, Samsung will also implement its under-display camera technology for its foldable laptop device. Plus, as per the video, the device will feature a 180-degree hinge system that will enable users to lay the all-screen device flat on a surface.

So, what do you guys think about a Samsung laptop with a foldable display? Would you buy such a device or drop it when or if it launches in the coming days? Let us know your thoughts in the comments below.