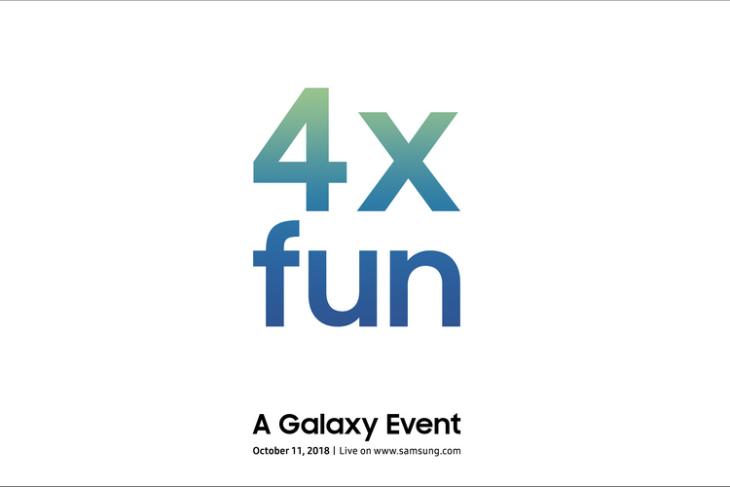 After launching the Galaxy Note 9 last month, Samsung is all set to launch a new smartphone once again. The company has announced that it will host what it is calling ‘A Galaxy Event’ on October 11 to launch a new Galaxy device. The company hasn’t revealed anything about the device itself, but has released a teaser promising ‘4x Fun’. 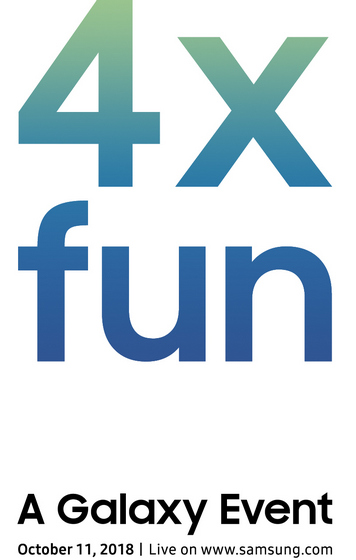 There’s no way to tell what exactly may be in the offing, but recent leaks have suggested that the company may be working on a new smartphone with four rear-facing cameras. According to a tweet earlier this month from noted leakster Ice Universe, a new quad-cam smartphone is in the works at Samsung.

While we’ll still have to wait a few more weeks to be able to tell for sure whether there’s any truth to that cryptic tweet, it does now seem to be adding up with this latest invite, so it won’t be a massive surprise if the company does, indeed, launch a new quad-cam smartphone next month. In fact, Samsung has said that it would be bringing premium features to mid-range phones first, so this could be the first phone under that strategy.

It’s also worth noting here that Samsung is also planning to launch a foldable device in the coming months, something that has recently been officially confirmed by the CEO of the company’s mobile division, DJ Koh. So with two presumably different Samsung smartphones expected to be unveiled in the coming months, it will be interesting to see which one will be unveiled next month.