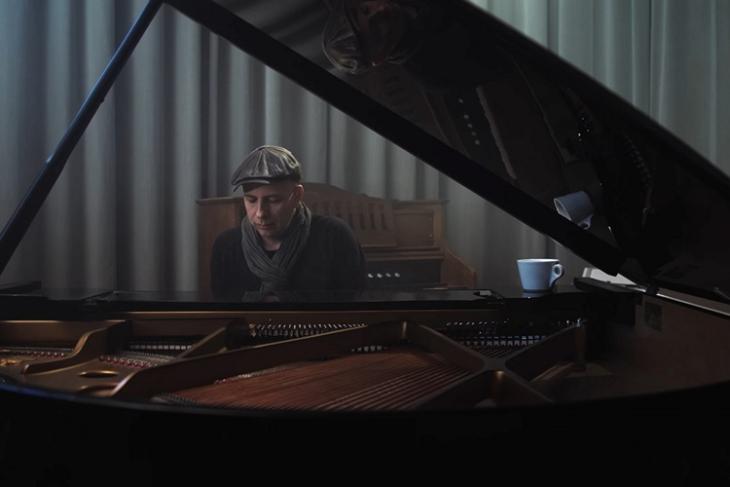 You may be familiar with ‘Over the Horizon’ if you are an ardent Samsung fan. It’s the default ringtone on all Samsung Galaxy smartphones since 2011, is one of the most easily-recognizable ringtones in the world.

With the sheer ubiquity of Samsung smartphones around the world, that’s not a big surprise. In fact you may have come across it in one of Samsung’s many marketing campaigns over the years.

Originally composed by Samsung’s Senior Designer, Joong-sam Yun, the tune has been updated ever since it debuted to keep it fresh and modern. Samsung builds on this tune by assigning a different composer to tweak it every year. And that’s the case for the upcoming Galaxy S9 ad S9+ phones as well.

This year Samsung reached out to Icelandic composer Pétur Jónsson to re-imagine the melody for the S9 and S9+ duo, which will be launched later this month during the Mobile World Congress. Samsung says the new tune is expected to “mirror the aesthetic transformation of the devices themselves”.

“Delicately layering instruments, Jónsson’s minimalist arrangement takes you away on an atmospheric journey of discovery. The piece begins with the soft tones of a single piano playing the refrain. As additional instruments are gradually introduced, the sound rises to a crescendo before melting away. As the video cuts away from the opening scene of Jónsson at the piano, it prompts you to imagine travelling over the remote Icelandic countryside. Capturing the beauty of Nordic nature, the camera pans over misty mountains and jagged cliffs, steaming geysers and snow-blanketed hills”.

The company also goes on advertise the new version as something that will “relax the mind and heal the soul”, and while we can’t vouch for that just yet, we can tell you that the new sound does sound pretty cool. Jónsson has managed to give the tune a new lease of life, while keeping it close to the original.

The new ringtone is likely to be featured in Samsung’s flagships for the year, including the rumoured Galaxy Note 9.