Remember the reports that Russian hackers were involved at large in the last US elections? Turns out, they’re back at it, and they’re more menacing than ever. This time, they’re breaking into Gmail accounts, and they’re doing it in a way that even Google’s Two Step Authentication isn’t able to prevent.

The group of hackers, that calls itself “Pawn Storm” or “Fancy Bear” is sending out phishing emails disguised as warnings from Google, informing people about multiple attempts being made to access their accounts, and recommending that they use “Google Defender” – a fake app pretending to be a Google app. When unsuspecting users click on the seemingly harmless “Install Google Defender” link, and then “Allow” the app access to their Google account, they are inadvertently handing over OAuth tokens to the hackers. 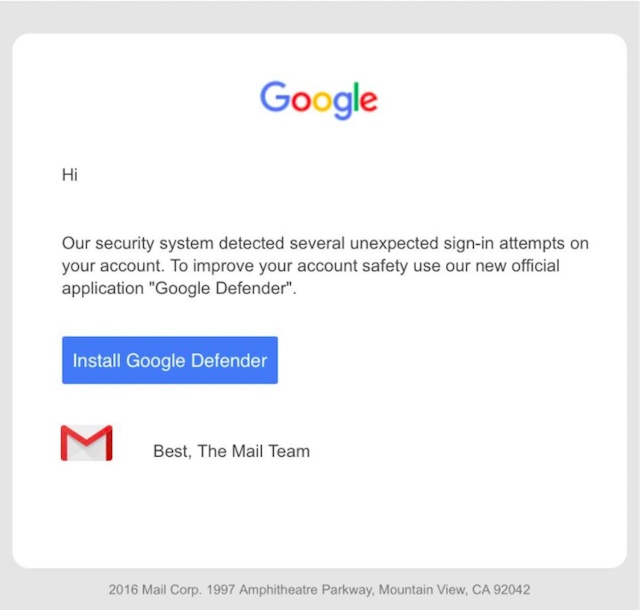 In layman terms, if the hackers have OAuth tokens for your account, their application can access your Google account without ever needing your password. It’s incredibly worrying, because OAuth is meant to be a convenience, not a nuisance. Experts have always warned that OAuth can be used to malicious effect; and now it has.