With more than 7 million Redmi Y-series smartphones shipped in India to date, Xiaomi is pretty convinced that selfies are prevalent and crucial for users – while the trend looks to have passed and selfies are losing their charm. Still, Xiaomi has today debuted the Redmi Y3, its latest selfie-centric smartphone, in the country with the 32MP selfie shooter being the attention-grabber and headline-maker. 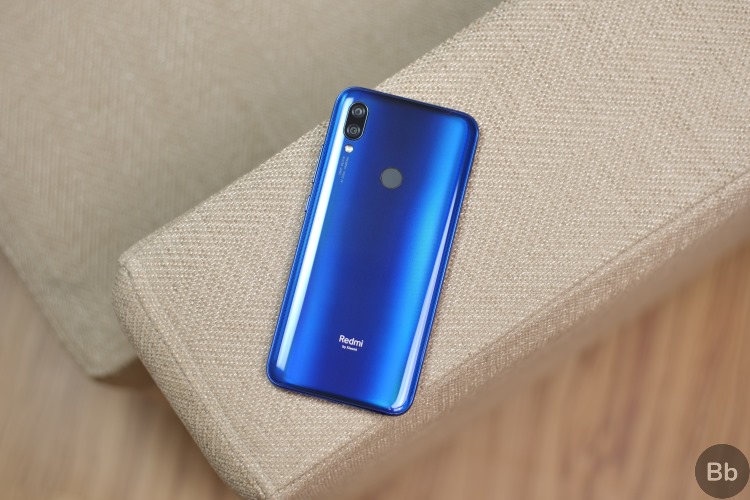 Xiaomi has loaned us the Elegant Blue variant of the Redmi Y3, with 3GB RAM and 32GB storage, and it reminds me of the Galaxy A50 every time I look at it, with the back panel refracting light to show the rainbow colors. Keeping the beauty aside, let’s take a look at what the Redmi Y3 has to offer:

Before we dive in and talk about my experience with the Redmi Y3, check out the major specifications of the device below:

Well, starting off with the design and aesthetics, the Redmi Y3 does compete well against its competitors and offers you a pretty good build. There’s a trendy gradient finish on the rear, which is indeed shiny, the trendy teardrop notch (or the Dot Notch as Xiaomi likes to call it), and as is the case with phones in this price range, there’s an expansive HD+ display onboard as well. 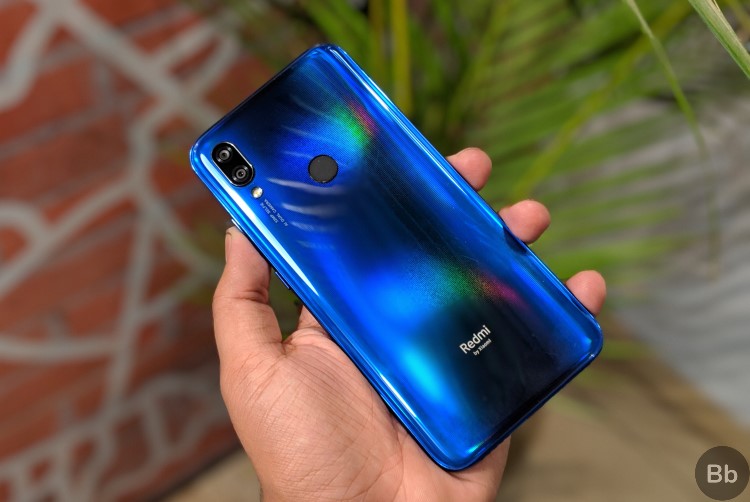 The Redmi Y3 is a pretty solid smartphone, with the chassis and the back panel made out of polycarbonate. I mean, Xiaomi has been doing a few durability tests on this phone and this seems like a phone that can take some beating, but we wouldn’t suggest dunking the Y3 into a dustbin from afar – even if it has Gorilla Glass 5 protection on the screen.

The device has some heft to it and it’s also pretty thick, thanks to the bigger 4,000mAh battery. Still, the curved back panel and polished edges make using the Redmi Y3 pretty comfortable.

The back panel also features the dual rear cameras, which I will get back to later, and the fingerprint scanner, which in my brief testing was really fast, so that’s nice to have. Apart from that, there’s the triple slot SIM tray (dual SIM plus microSD) on the side, the 3.5mm headphone jack and IR blaster at the top, and the microUSB port on the bottom. Buttons on the Redmi Y3 are plastic too but fairly clicky, which is great.

So, the Redmi Y3, like most Redmi phones these days packs in everything you need, in a fairly premium looking design. Plus, it also has the “P2i water repellent coating,” which is now becoming a standard on Xiaomi’s phones, so a few splashes of water won’t harm the phone.

The Redmi Y3 features a 6.26-inch IPS LCD display and it seems pretty good in the brief time I have spent with the smartphone. I mean, the screen is as good as an HD+ display gets in this price range. The colors look nice, the panel is vibrant, and while we would have liked the display to be a bit brighter, I will take this without any complaints. 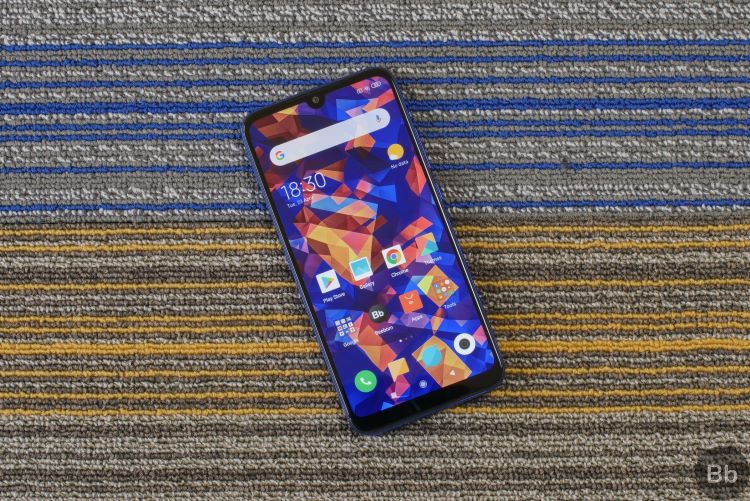 While I love the fact that Xiaomi is pushing for taller displays with a waterdrop notch even on its budget phones, offering a non-intrusive experience, I would prefer to have a slightly smaller chin.

Anyway, moving away from the elegant design, let’s turn our focus to the highlight of the Redmi Y3. The cameras. Now, we all know that the Redmi Y series is popular for its selfie camera prowess and we’re first going to focus on them and then talk about the dual rear shooter. 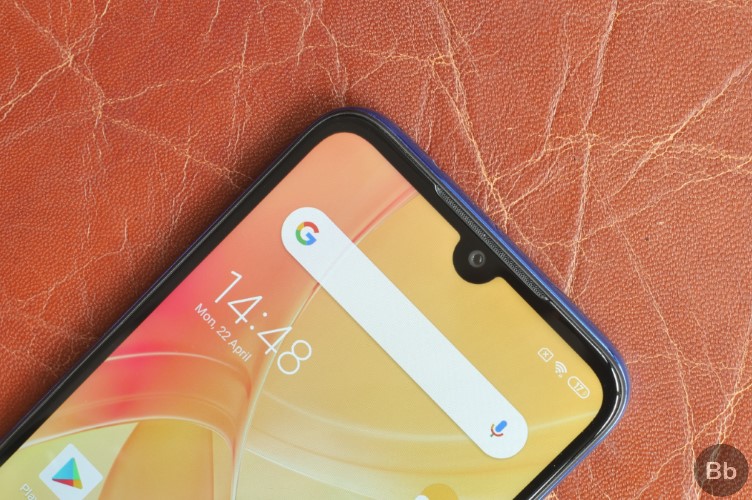 So, the Redmi Y3 brings a 32MP (f/2.2) selfie camera, with features like HDR, AI portrait mode, palm shutter mode, and 1080p video recording with EIS in tow. So yes, the selfie camera on this smartphone looks nice, but let’s take a look at some selfies. You can see below that selfies clicked in good lighting are pretty good, but in low light, a bit of noise starts to creeps in. Still, things look sunny for Redmi Y3’s selfie performance.

Anyway, as I mentioned, the Redmi Y3’s front camera supports 1080p video recording at 30fps with EIS, and well, the smartphone seems to be sorted on the selfie front. You can easily use the Y3 for livestreams and vlogging, thanks to such stable videos – like the one you find attached below:

Moving our attention to the rear, the Redmi Y3 packs a 12MP (f/2.2) primary sensor and a 2MP depth sensor. This dual-rear camera is same as the one we have already seen on the Redmi Note 7, and well, it captures some pretty crisp pictures. Here’s a few photos taken from the phone:

As you can see, the phone takes some decent photos in good light and in low light as well. For the phone’s price, which I think is a tad higher than expected, these are definitely nice photos.

On the video front, the Redmi Y3 supports up to 1080p at 60fps videos and well, you can find a sample video attached below. The video looks decent and since we’ve got EIS here as well, it’s fairly stable too and we find no problems with the rear setup.

So, the cameras on Redmi Y3 are pretty good, but if they’re better than the Realme 3 is a question that requires a lot of testing. We’ll answer the same in our complete review soon.

Moving to the performance, well, Redmi Y3 is powered by the octa-core Snapdragon 632 chipset, with up to 4GB RAM and 64GB storage. Now, we have the 3GB of RAM variant, and let me start off by showing the benchmark scores as y’all like to compare it with other smartphones, don’t you? 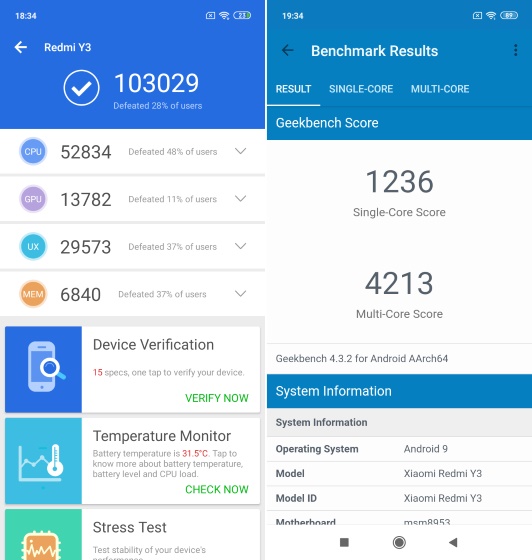 This doesn’t necessarily mean that the Snapdragon 632 is a bad chipset, especially since my brief encounter with Redmi Y3 so far feels pretty fluid and nice, except for the sluggish unlocking process (with a passcode or pattern) due to lockscreen ads. 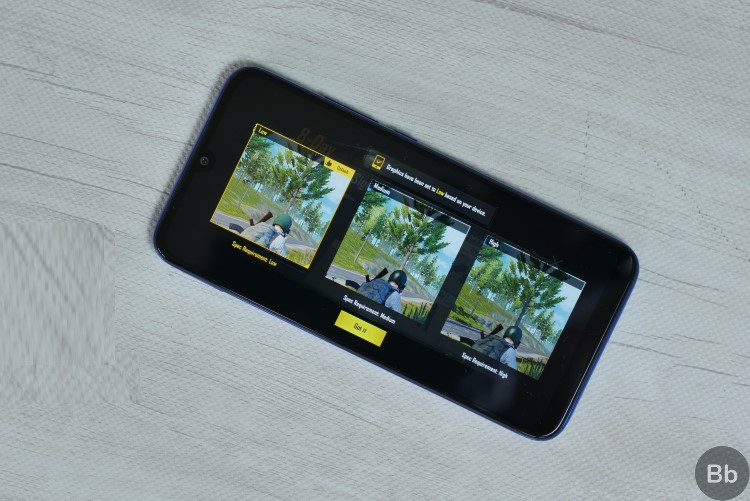 I mean, PUBG Mobile runs on low graphics setting by default on this phone, and while it’s decent as the Redmi Y3 places more focus on the camera, Realme 3 and Redmi Note 7 run PUBG Mobile on medium graphics by default and they’re available at the same price tag or lower. So, that’s a pretty huge reason for my disappointed here.

Moving on the software, the Redmi Y3 comes with MIUI 10 with Android 9 Pie, and it’s the usual MIUI 10, with its usual features, like the fast face unlock (360-degree support in tow this time around), the navigation gestures, app locker, and a lot more. I mean, it’s pretty feature-rich and we all know it, but since it’s MIUI, so obviously, the boatload of annoying ads are here as well. Nothing has changed on this front.

However, rumors suggest that Xiaomi plans to cut down on the ads with MIUI 11, and I’m really hoping they do so for improved user experience. Also, for people wondering, we do not see Widevine L1 license here, which again, is kind of the standard in this segment.

Finally, the Redmi Y3 packs a massive 4,000mAh battery as compared to the smaller 3080mAh battery pack on its predecessor, so the battery life should be pretty good, and when it comes to charging, the smartphone comes with a 10W (5V/2A) adapter, which is now becoming a standard in the budget segment.

We haven’t tested out the charging times, and battery life (screen-on times) of Redmi Y3, so expect more info on the same in our complete review.

So, that was a quick look at the brand new Redmi Y3. Xiaomi also launched the Redmi 7 alongside the Y3 and it’s almost identical to the Y3, except for the slightly inferior selfie cameras. Anyway, to conclude things, the Redmi Y3 is another solid budget smartphone from Xiaomi, but pricing it the same as its popular Redmi Note 7 could affect its hype & sales for the tech-aware audience.

The Redmi Y3 and its spanky gradient finish are all set to take on the likes of Realme 3, Xiaomi’s own Redmi Note 7, and other phones in the sub-Rs 10,000 price range. Having said that, we will reserve our final verdict for the in-depth review, which will be out very soon.

So, stay tuned for our complete review and leave your opinions and questions about the Redmi Y3 in the comments section until then.