Realme has just launched its brand new smartphone, the Realme 3 (starts at Rs. 8,999) in an attempt to get a stronger hold on the budget smartphone segment in India. The Realme 3 comes with some decent specs, but is it enough to be a great budget smartphone, especially with the likes of the Redmi Note 7 and Note 7 Pro out in the market? Well, I’ve used the Realme 3 for a bit and here are my first impressions of the phone.

Before we jump into the impressions of the device, let’s take a quick look at the specifications. This is the hardware you’ll find on the Realme 3:

In terms of look and feel, the Realme 3 is a pretty good phone. It’s obviously not as premium feeling as some other phones in this price range, but it’s not a cheap feeling phone at all. The back here has a gorgeous gradient finish, and it’s very subtle, at least on our ‘Radiant Blue’ unit, unlike the overly saturated gradients that I, at least, don’t like.

Anyway, the phone is quite comfortable to hold, and is surprisingly grippy, for something that looks like it’ll slip right out of your hands. The back here also features the typical stuff, including the vertically oriented dual rear camera set up, and the fingerprint scanner.

Moving to the front, the Realme 3 comes with a nice looking teardrop notch design, which by common consensus here at the Beebom office, is our favorite implementation of the notch. There’s also a chin here, and while it’s pretty standard to have big chins on budget phones, this one is bigger than the Realme U1’s chin, and that bugs me. 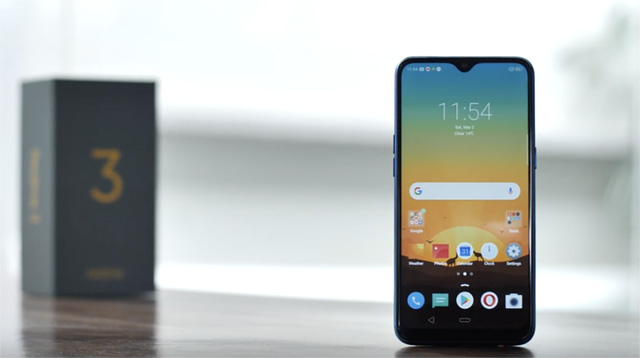 Overall though, the Realme 3 has everything you’d need. There are the usual buttons, a triple SIM card slot (which means you can use dual SIMs and a microSD card at the same time), the headphone jack is still here, and there’s a microUSB port. Yeah, the Realme 3 has a microUSB port, even when some phones in this price range have switched to a USB-C. It’s not really a deal-breaker, but it’s definitely something I’m not a fan of.

Anyway, while we’re at the front of the phone, the Realme 3 comes with a big 6.2-inch display, and it’s a 720p panel this time with a resolution of 1520×720 pixels. To be honest, the display is fine, and I don’t really have complaints with it so far, but what I don’t understand is why the Realme 3 has a 720p display even though the Realme U1 had a FullHD+ display. 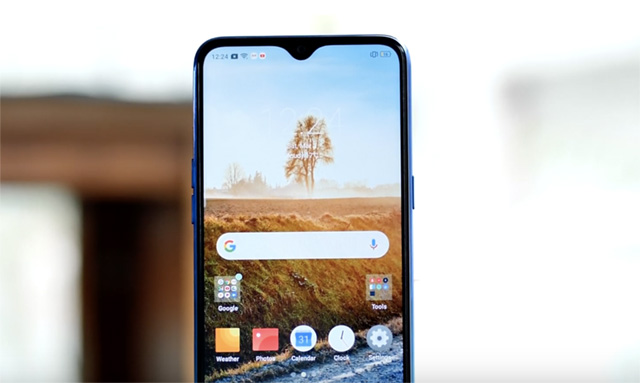 Even so, the display here is good enough. There’s decently good color reproduction, and the viewing angles are fine, although the display isn’t the brightest we’ve seen in this price bracket. I faced issues using it in direct sunlight.

The Realme 3 keeps the Helio P70 from the Realme U1, and that’s fine. The P70 is a decent processor that performs in the ballpark of the Snapdragon 660, and in this price range it’s perfectly fine to have this processor.

The Realme 3 comes in two configurations, a 3GB/32GB variant and a 4GB/64GB variant, both of which share everything else as far as specs are concerned. We have the 3GB variant here and the performance is good enough. The phone handles day to day tasks pretty easily and with no visible lag, and even gaming performance is decent. We tried playing PUBG Mobile on it, and by default the game runs on Medium settings here, and it runs fine. There are frame drops sometimes, but switching graphics to low solves that problem with ease. 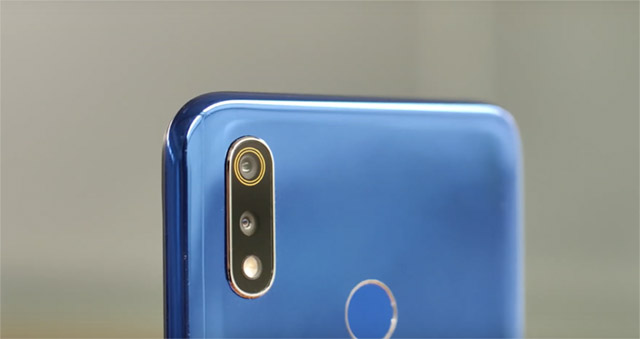 On the front too, the Realme 3 goes with a 13MP AI selfie camera, which looks like a big step down from the 25MP sensor found in the Realme U1. The difference is evident here as well. While selfies from the Realme 3 aren’t bad, per se, they don’t match up to the front camera performance of the Realme U1.

The phone also supports 1080p video recording, and while that’s alright, it’s a little weird because the Helio P70 does support 4K recording. Also, the phone doesn’t come with stabilization, so even though the videos here could’ve been good, they’re definitely not stable enough.

On the battery front, the Realme 3 takes a big step up from the U1, and comes with a huge 4,230 mAh battery as compared to the 3,500 mAh seen in the U1. The battery performance here shouldn’t be an issue. Since this is a 4,230 mAh battery you should get well over a day of battery life on this phone, and that’s great. 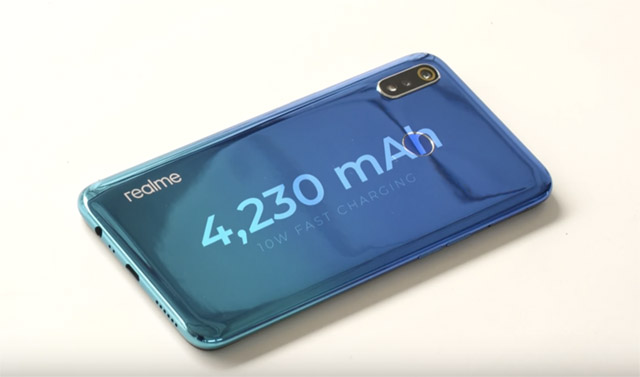 What’s more, the phone comes with a 10W fast charger in the box, so you can top it up quickly as well. We’ve not tested the battery thoroughly yet, but we’ll be doing that for our full review, so stay tuned.

Priced starting at Rs. 8,999 for the 3GB/32GB variant, the Realme 3 looks like a decent budget smartphone, and is definitely pretty aggressively priced by Realme. The phone has the Redmi Note 7 as it’s direct competitor though, and we’ll be taking a look into the two phones for sure, along with how they compare against each other. Anyway, what do you think about the Realme 3? Let us know in the comments down below.