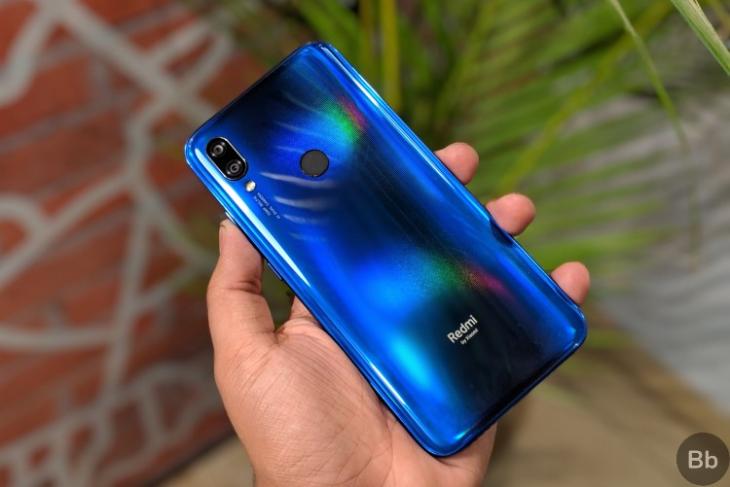 In true Xiaomi fashion, we cannot go a month without the Chinese giant bringing a new piece of technology to the market. Xiaomi is already riding on the success of the Redmi Note 7 lineup, has added the Redmi Go to its lineup to court entry-level buyers, but it’s now filling in the gap (the Rs 7,000-Rs 9,000 segment) with the launch of the Redmi Y3 and Redmi 7 in India today.

Xiaomi already has a strong grip over the Rs 10,000 and under Rs 15,000 smartphone market with its Redmi Note lineup but it’s now looking to offer a great value-for-money with the Redmi Y3 and Redmi 7.

The base variant of Redmi Y3, with 3GB RAM and 32GB storage, has been priced at Rs. 9,999 while the 4GB+64GB configuration will retail at Rs 11,999. It will be available in 3 color variants, namely Prime Black, Bold Red, and Elegant Blue. 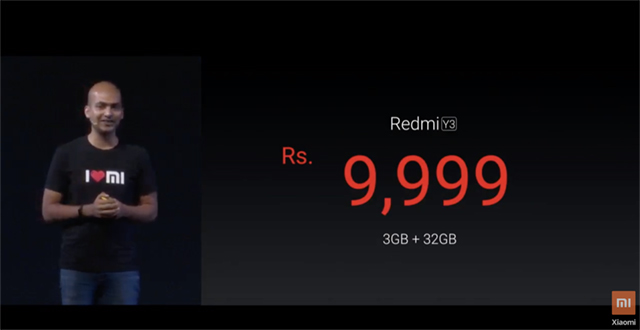 On the other hand, the Redmi 7 also comes in two configurations. The 2GB+32GB base variant has been priced at Rs 7,999 whereas the 3GB+32GB variant will require you to shell out Rs 8,999. It too comes in three similar color variants, but with different names, i.e. Eclipse Black, Lunar Red, Comet Blue. 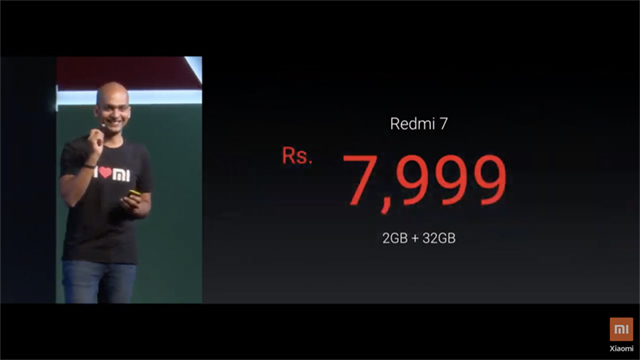 Xiaomi is parting ways with its well-known metallic design on the Redmi Y3 as well. Aura design is the next wave and the Redmi Y3 rides the same, with an Aura Prism effect that refracts light to show off its iridescent back just like a peacock. It’s a polycarbonate build, which should be expected in this price segment. 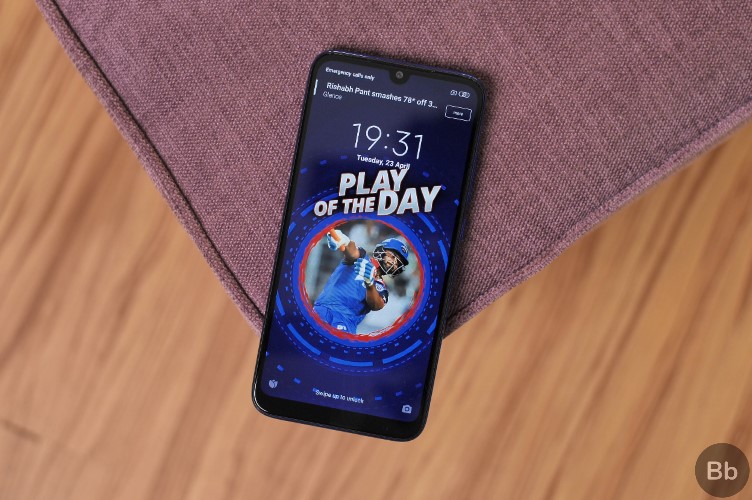 Redmi Y3 features a 6.26-inch HD+ dot-notch (Xiaomi’s term for waterdrop notch) display with a display resolution of 1520×720 pixels and Corning Gorilla Glass 5 protection on top, which is a great addition at this price point.

The Redmi Y3 is powered by the octa-core Snapdragon 632 SoC, which is the same chipset we’ve already seen on phones like the ZenFone Max M2 and Honor 8C. This has been paired with up to 4GB of RAM and 64GB of onboard storage. It runs Android 9 Pie-based MIUI 10 out-of-the-box, with 360-degree AI Face Unlock.

Coming to the highlight of the Redmi Y3, the selfie camera on this device is surely a 32MP shooter but with EIS, an 80-degree FOV, palm shutter, and many other features in tow. The rear cameras on Redmi Y3 are passed down from the Redmi Note 7, meaning you get a 12MP+2MP setup on the rear.

Redmi Y3 has a massive 4,000mAh battery, an upgrade over its predecessor’s measly 3,000mAh battery pack. Apart from this, you have the microUSB port at the bottom, the 3.5mm headphone jack and IR blaster at the top, and the fingerprint sensor on the rear. 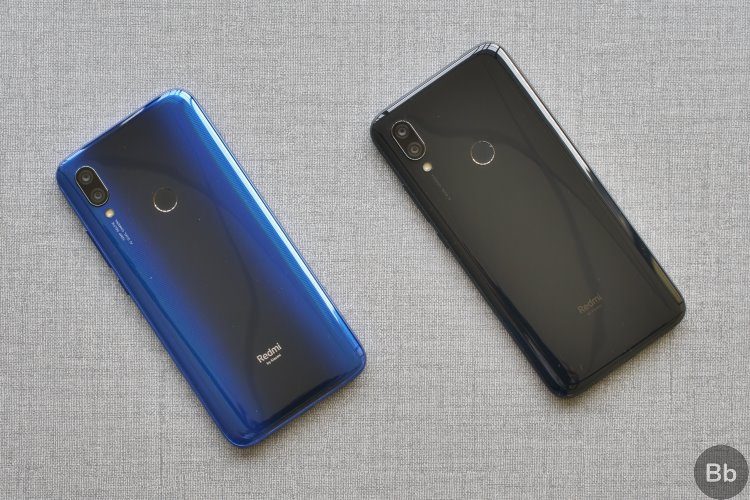 Alongside the Redmi Y3, Xiaomi has also debuted a successor to their popular “Redmi X” lineup. The Redmi 7 brings a major upgrade over its predecessor, the Redmi 6, which if I remember correctly was an underwhelming smartphone as per Xiaomi’s standards.

The Redmi 7 isn’t much different from Redmi Y3 in terms of build (boasts an Aura Smoke design – of which I absolutely love the red variant), internal hardware, and software. It is also powered by the Snapdragon 632, has up to 3GB of RAM, the same display, and rear camera setup, among other things. The only difference onboard is the selfie camera that has been bumped down to 8MP on the Redmi 7.

So, what are your thoughts on the Redmi Y3 and Redmi 7 launched in India today? Let us know down in the comments section.

Alleged Xiaomi Redmi 7 With Teardrop Notch Gets Certified in China