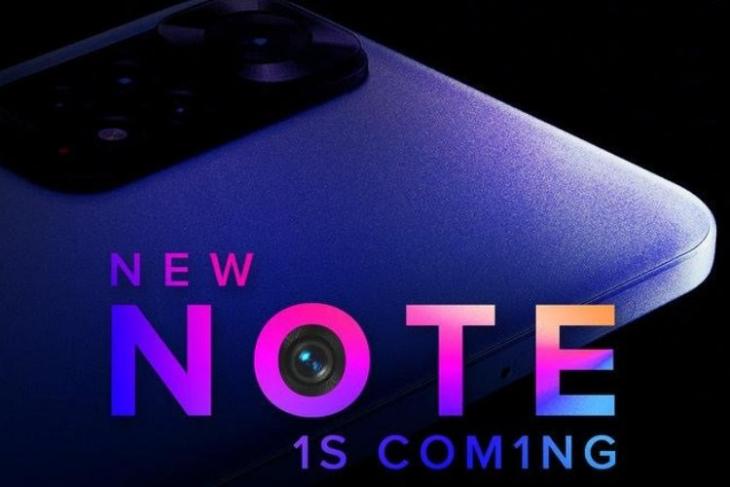 Xiaomi is on a phone-launching spree in India! After launching the Xiaomi 11i Hypercharge and sharing the Xiaomi 11T Pro launch date, the company has now teased the launch of a new Redmi Note, possibly belonging to the Redmi Note 11 series, in the country. Here’s what we expect from this upcoming Redmi smartphone.

Redmi India’s official Twitter handle has started teasing the launch of a new Redmi Note smartphone. The teaser doesn’t reveal the name of the phone but has highlighted the “X,” “I,” and “Note,” suggesting that the phone will be a part of the Redmi Note 11 lineup.

Another easter egg is the tagline of the teaser, which reads “New Note 1S Coming.” This gives us an inkling that it will be most likely the Redmi Note 11S. The phone will join the existing Redmi Note 11T 5G and will succeed last year’s Redmi Note 10S.

The teaser also gives a glimpse of the design. From the looks of it, we can expect the phone to have a rectangular rear camera hump with big camera housings, much like the Redmi Note 11T 5G. The front could most likely have a punch-hole screen.

While details on the Redmi Note 11S remain unknown, it is reported that the phone has been spotted on various certification sites. The smartphone could feature either an AMOLED or an LCD display with support for a high refresh rate. It could be powered by a MediaTek chipset and fall in the affordable price range.

Rumors also hint at 108MP cameras for the device. The main 108MP snapper could have a Samsung HM2 sensor. It could be accompanied by an ultra-wide camera and a macro camera. The upcoming Redmi Note 11S smartphone could also support fast charging, 5G, and more.

Since we are yet to get more details on this, it’s best to wait and see what to expect. Keep reading Beebom.com for more information.