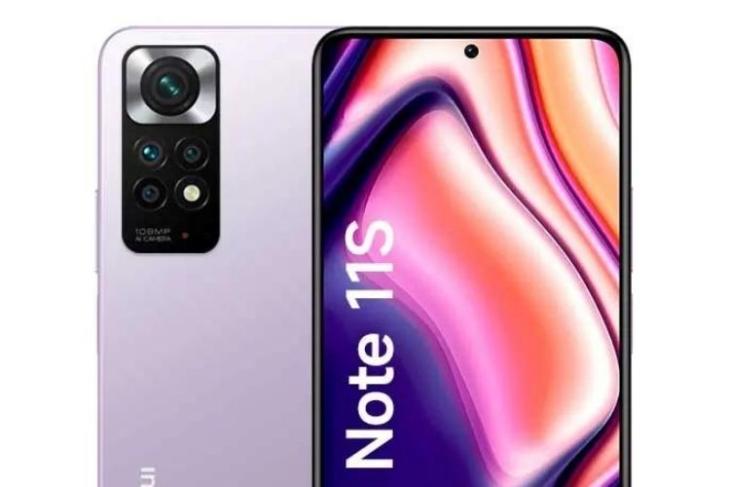 Just yesterday, Xiaomi revealed that it will launch a new Redmi Note smartphone in India and the teaser strongly pointed at the arrival of the Redmi Note 11S. While a launch date is yet to be confirmed, leaked renders of the phone have now appeared, giving a look at its design. Here’s how it may look like.

As per a report by XiaomiUI, the Redmi Note 11S will resemble its Redmi Note 11T sibling, which was recently launched in India. The renders showcase a rectangular camera hump with one big camera housing for the primary snapper and three small camera housings, placed separately. Upfront, there’s a center-placed punch-hole screen.

The edges appear slightly flat and the phone is seen in purple color. Of course, more color options are expected to arrive. This new render appears like the final design, considering Xiaomi’s teaser flaunted a similar camera bump and the flag edges. We can expect Xiaomi to confirm these details in the days to come.

Talking about the specs, there’s a scarcity of information too. However, it is speculated that the Redmi Note 11S will be powered by a MediaTek Dimensity chipset, much like the Note 11T, and could come with an AMOLED display with a high refresh rate.

The camera department might be home to a 108MP main camera with an ISOCELL HM2 sensor, an 8MP ultra-wide camera, a 2MP macro camera, and an additional 2MP depth sensor. This is a totally different setup as compared to the Note 11T. We can expect it to support 5G, fast charging, run MIUI 12.5 based on Android 11, come with expandable RAM, dual speakers, and more features.

As for the price, the Redmi Note 11S could fall under Rs 20,000, much like its sibling and predecessor. More details are expected to be out soon, hence, stay tuned!