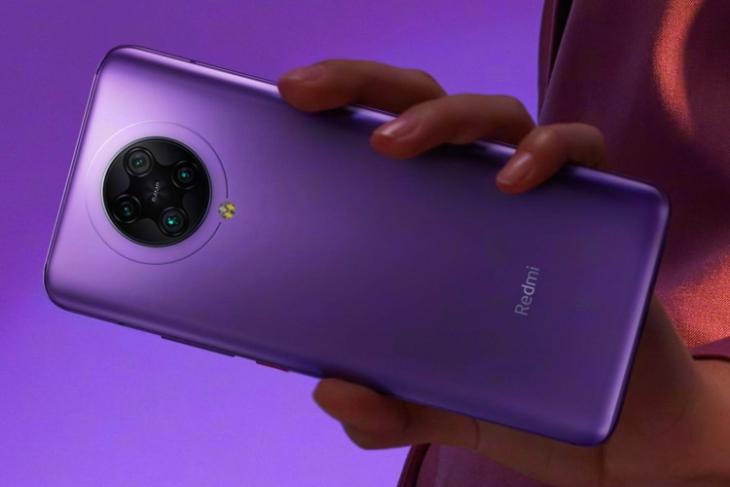 We are merely a couple of weeks into 2021 and phone makers are actively teasing their Snapdragon 888-powered flagship phones. Xiaomi’s budget-centric Redmi brand has become the latest to join the fray. It has confirmed today that its flagship Redmi K40 series will officially launch next month. The company has shed light on some of the key specifications and the starting price as well.

In an official Weibo post, Redmi GM Lu Weibing revealed that the Redmi K40 series will launch in February. He further added that the Snapdragon 888 5G chipset will power it. The smartphone will also include a 4,000mAh battery pack and an excellent display. It will be a successor to the Redmi K30 Pro and Redmi K30 Pro Zoom Edition. You can see the teaser poster attached below: 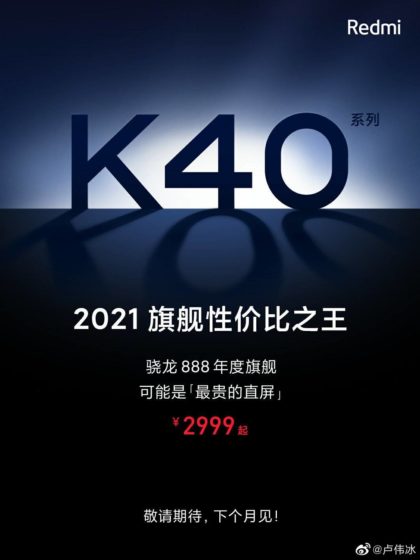 Not just the specifications, the teaser also confirms the starting price of the upcoming Redmi K40 series. Same as last year, the Redmi K40 series will be priced starting at CNY 2,999 (~Rs. 34,000) in China. You get the latest 5nm chipset from Qualcomm, an improved display, and probably faster charging at the exact same price point.

The teaser clearly mentions the Redmi K40 series. This means there will be more than one device in the K40 lineup. We cannot say for sure whether all of them will have the 5nm Snapdragon 888 5G chipset under the hood. Also, the rumors suggest that one of the Redmi K40 series phones will include the MediaTek Dimensity chipset.

The starting price of CNY 2,999 is quite appealing for a Snapdragon 888-powered 5G phone. Not much is known about the Redmi K40 series, except for what was revealed by the company itself today. Will it launch outside China? Will the Redmi K40 Pro be rebranded as the Poco F2 Pro successor? All of these questions will have an answer in the coming months, so do stay tuned for more information.

POCO F3 Might Launch Globally as a Rebranded Redmi K40

Redmi K40 Retail Packaging Teased; Charger in the Box or Not?