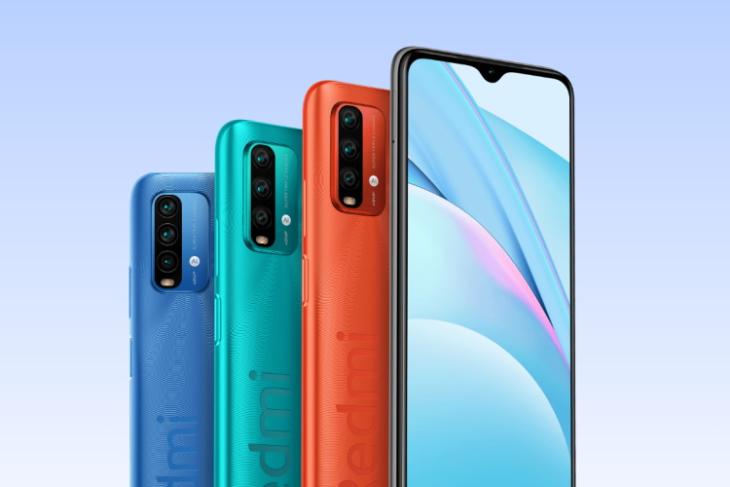 [Original story | 7th Dec, 5:42 PM] – Xiaomi plans to bid adieu to 2020 with one final launch event. The Chinese giant has already confirmed the Mi QLED 4K TV unveiling for 16th December in India. It is not the only product that will see the light of day next week. The ‘Redmi 9 Power’ will tag along with the QLED TV, as per the teasers shared by Xiaomi on its official website.

If you head to Xiaomi’s desktop website, you will merely find the landing page for Mi QLED 4K TV at the top. The mobile website, on the other hand, includes a dedicated landing page for a new Redmi smartphone. The company hasn’t confirmed the name of the device, but the multiple references to “power” suggest it will be rumored Redmi 9 Power.

Now, the company has already launched a myriad of Redmi 9 series phones in India this year. The Redmi 9 Power will be the eighth device in the number series. It is said to be a rebadged version of Redmi Note 9 4G that was launched in China earlier last month. We already know the key specs and design of the Redmi Note 9 4G. So, here’s what you should expect:

Redmi 9 Power will arrive with a 6.53-inch Full-HD+ display with a 2340 x 1080-pixels resolution and 60Hz refresh rate. It will have Gorilla Glass 3 protection and an 8MP selfie sensor housed in a waterdrop notch up-top. The fingerprint sensor is mounted on the side and doubles as the power button.

Turning our attention to the shiny polycarbonate back panel, you will find a triple camera setup led by a 48MP primary camera. But, the Indian teaser suggests that Redmi 9 Power will come with four rear cameras. It will most likely be an 8MP ultra-wide, 2MP depth, and a 2MP macro lens.

Further, the smartphone will be powered by the Snapdragon 662 chipset. You will find up to 6GB of RAM and 128GB of storage onboard. The highlight of the Redmi 9 Power will have to be the 6,000mAh battery and 18W fast-charging support. The device will be equipped with a USB Type-C port and a 3.5mm headphone jack.

It will be interesting to see where the Redmi 9 Power fits in Xiaomi’s number series portfolio in India. It will be priced higher than the Redmi 9 Prime, i.e more than Rs. 10,000.

Xiaomi has been teasing the launch of its next Redmi smartphone, the Redmi 9 Power, on Twitter for the past few days. While we initially expected it to launch alongside the new Mi QLED 4K TV on 16th December, the company has today confirmed that Redmi 9 Power will launch on 17th December in India.

MOST. #POWERPACKED. ANNOUNCEMENT. OF. DECEMBER! 👇

Super stoked to announce that @RedmiIndia's first ever #Power Smartphone – the #Redmi9Power is launching on 17th December, 2️⃣0️⃣2️⃣0️⃣ at 12 noon! 🔥