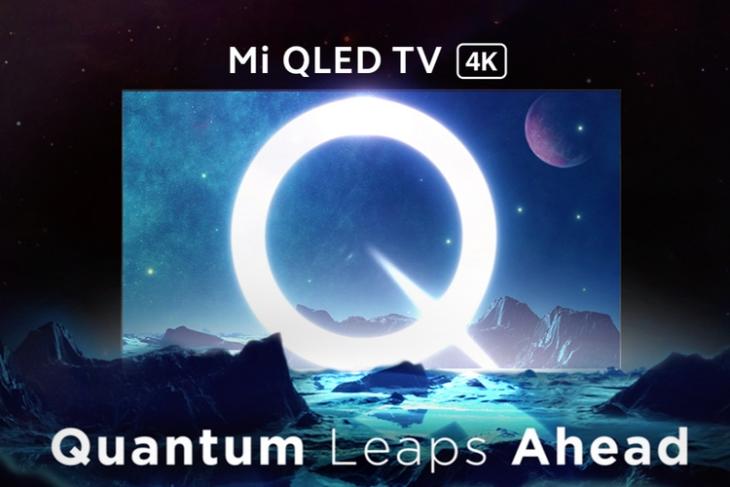 Xiaomi has revealed its plans to launch the Mi QLED 4K TV in India. The Chinese tech giant will host a ‘Quantum Leaps Ahead’ event on the 16th of December at 12 PM to unveil the TV in the country.

Xiaomi has already confirmed a few key specifications of the TV. Mi QLED 4K TV, as the name suggests, will come with a 4K QLED panel. It will support Dolby Vision and HDR10+ in terms of visuals. As far as the audio is concerned, the TV will boast support for Dolby Audio and DTS-HD.

As you would expect from a Mi TV, the TV will offer PatchWall UI in terms of software. With PatchWall UI, you get a lot of handy features including Universal Search, Kids mode, smart recommendations, and live channels. We could expect the TV to have all the improvements Xiaomi added in a recent Patchwall update including the new user center and immersive carousel.

While one would naturally assume that this upcoming Mi QLED 4K TV would be a rebranded version of the Mi TV 5 / Pro launched in China in November last year, Xiaomi begs to differ. In an interview with Financial Express, the company clarifies that it won’t simply rebrand the Mi TV 5 series.

“We could have launched a QLED TV nine months ago. Taking something that is available in China and launching here is something that we do not want to do because we want to spend that extra bit of time and energy to ensure we are able to do complete justice to the technology, so it works to its full potential,” Xiaomi India’s smart TV lead Eshwar Nilakantan told Financial Express.

Xiaomi has also confirmed that the Mi QLED 4K TV will made in India. We will be learning the complete specifications, pricing, and availability when Xiaomi launches the QLED TV next week, so stay tuned for updates.