Beebom
Home Mobile Android Redmi 7A vs Realme C2: Which is the Best Entry-Level Smartphone?

Prior to the launch of the much-awaited Redmi K20 series in India, which is expected to happen sometime in mid-July, Xiaomi has today launched its new entry-level Redmi 7A smartphone in the country. It sits right between the company’s Redmi Go and Redmi 7 offering, giving users looking for a fulfilling Android experience an option.

Well, in the sub-Rs 6,000 price segment, the Redmi 7A looks like a powerful and worthy offering but it goes up against its fiercest rival’s Realme C2 and it surely shows a ton of promise. The Redmi 7A and Realme C2 are ready to lock horns for the title of the “best entry-level smartphone,” so we decided to give you a quick look at how the two devices compare to each other:

Redmi 7A vs Realme C2: Specs

Before we go ahead and compare the Redmi 7A against the Realme C2, here’s a peek at the specifications of these two entry-level devices:

Redmi 7A vs Realme C2: Design

As can be expected from an entry-level smartphone, both the Redmi 7A and Realme C2 feature a polycarbonate build and there’s nothing wrong about it. The rear panel of both the devices, however, has been approached differently. While the Redmi 7A offers you a standard matte finish, Realme C2 has stuck with its diamond cut design but now gives a ridged texture pattern. I mean, it not only looks good but will also feel good in the hand, offering an improved in-hand feel and grip.

Both the devices lack a fingerprint sensor due to the lower price tag, but offer the users Face Unlock via the selfie cameras. They include a 3.5mm headphone jack, a microUSB charging port, and a bottom-firing speaker. Now let’s turn our attention to the front.

Redmi 7A vs Realme C2: Display

One of the most significant differences between the two smartphones is, of course, the display. While both of them offer only an HD+ IPS LCD panel, Realme C2 has a more trendy waterdrop notch display on offer in comparison to the older-gen 18:9 panel baked into the Redmi 7A. Both of these phones will offer an unintrusive experience to users, which is awesome.

If you’re someone who plans to use this smartphone for media consumption, watching Netflix and YouTube, then the Realme C2 will offer you a larger 80.3% screen-to-body ratio. More screen real-estate means a better viewing experience. Xiaomi is offering a 74.4% screen-to-body ratio with the Redmi 7A, which is okay too, but not on par with Realme C2.

Redmi 7A vs Realme C2: Internals

If you’ve kept up with news around the Redmi 7A launch, well, you would already know that it’s powered by the Snapdragon 439 chipset. It’s a 64-bit octa-core mobile SoC, based upon the 12nm node architecture, using Cortex A-53 cores, and clocked at up to 2GHz. All of these specs are the same as that of the MediaTek Helio P22 chipset, which powers the Realme C2.

There’s a difference on the graphics front though. While the Redmi 7A brings along the Adreno 505 GPU, Helio P22 includes a new IMG PowerVR GE8320 that should be able to handle your casual gaming needs. Overall, both the Helio P22 and Snapdragon 439 are neck-to-neck in terms of performance and user experience.

The Redmi 7A comes in two configurations — a 2GB/16GB variant and a 2GB/32GB option. You get 2GB/16GB and 3GB/32GB variants with the Realme C2, so if more RAM is something you’re looking for the Realme C2 is definitely better.

Redmi 7A vs Realme C2: Cameras

The camera is another notable feature where the Redmi 7A and Realme C2 differ greatly and could be the deciding factor for those picking their first smartphone — or upgrading from an older entry-level device.

The Redmi 7A features a single 12MP (f/2.2) Sony IMX486 rear sensor, which is similar to what we’ve previously seen on Xiaomi phones like the Redmi Note 7 and Mi A2. It’s an upgrade over the 13MP sensor on the Chinese variant, which is great. You also get yourself a 5MP (f/2.2) selfie camera, complete with Face Unlock in tow.

What should a real value king have? The smart shall not choose a "2 Years Old" single camera. #DeshKaRealChoice pic.twitter.com/UvNNjcZIcW

Realme C2, on the other hand, brings along a dual-camera setup in your sub-Rs 6,000 price segment. You get a 13MP (f/2.2) primary sensor, coupled with a secondary 2MP (f/2.4) depth sensor on the rear. This means Realme C2 could help you capture better portrait shots. It also has a 5MP selfie snapper with Face Unlock functionality.

Redmi 7A vs Realme C2: Software

Another important point that users consider while buying a smartphone is the software experience. While not stock Android, both the Redmi 7A and the Realme C2 offer feature-laden Android skins that are good enough to catch the fancy of newer smartphone users.

The Redmi 7A runs Xiaomi’s Android 9 Pie-based MIUI 10 skin out-of-the-box, which is often touted to be one of the best Android custom ROMs. However, MIUI users have been tackling the spurt of ads across the software of late, especially in budget offerings. It gives devices like the Realme C2 an edge because even though their UI takes inspiration from iOS, they don’t push ads and extend a neat, clutter-free experience to users. I would pick ColorOS 6 over MIUI 10 any day.

Redmi 7A vs Realme C2: Battery

This is one of the only features where both of these entry-level phones are on par with each other. The Redmi 7A and Realme C2 include a massive 4,000mAh battery but the latter takes a win here by bundling a 10W charger in the box. Xiaomi is only giving the users a slow 5W charger with Xiaomi’s offering, even though it supports 10W charging.

A quick comparison between the essential hardware and software specifications of the Redmi 7A and Realme C2 reveals that the two entry-level smartphones are both quite capable and powerful. While the Realme C2 may take the crown on the design and the camera front, the Redmi 7A is locking horns with it on the processor and battery front. The ad-free ColorOS software experience is another factor that makes the Realme C2 sound like a better deal than the Redmi 7A.

So, which of these two entry-level smartphones will you pick – Redmi 7A or Realme C2? Share your opinions with us in the comments down below. 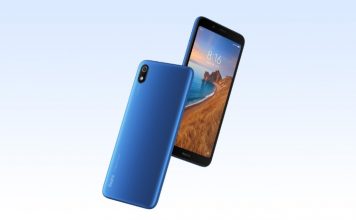 Xiaomi holds the pole position for the best smartphone brand in India and well, it's been holding that title for nearly two years now....
Anmol Sachdeva - Jul 4, 2019

: Xiaomi had been teasing the launch of its entry-level Redmi 7A in India for the past week. Well, the company has today taken...
Anmol Sachdeva - Jul 1, 2019 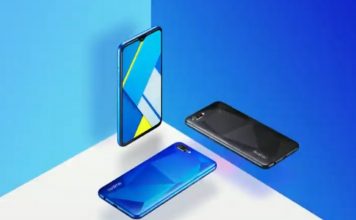 Alongside the launch of its much-awaited Realme 3 Pro budget smartphone, the company today also took the wraps off its entry-level Realme C2 smartphone....
Anmol Sachdeva - Apr 22, 2019