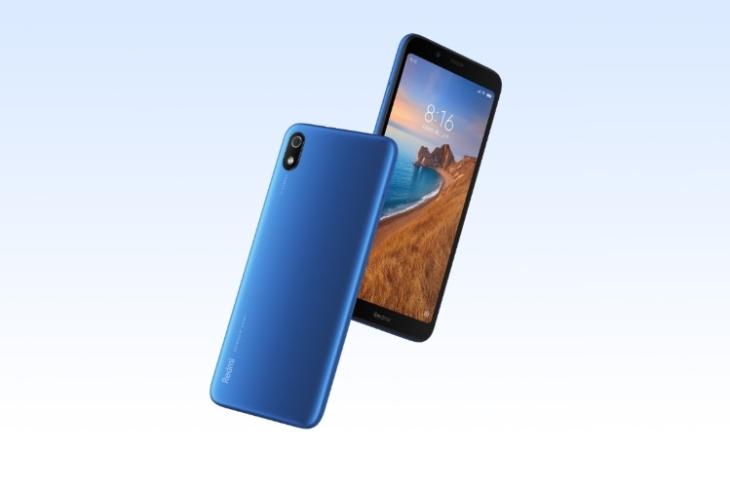 Xiaomi holds the pole position for the best smartphone brand in India and well, it’s been holding that title for nearly two years now. This is a huge achievement made possible by the influx of new and powerful smartphones in every price category. Ranging from Redmi Go to Redmi Note 7 Pro, Xiaomi offers a ton of options to all types of buyers.

And well, if you’re someone who’s on a strict budget but wants a great camera and full-fledged Android experience, then the entry-level Redmi 7A has today landed in India to meet this very requirement. So, let’s check out what it has to offer.

Redmi 7A: Price and Availability

Redmi 7A has been priced starting at Rs 5,999 for the 2GB+16GB base variant whereas you will have to shell out Rs 6,199 for the 2GB+32GB variant. Redmi 7A will be available in 3 color variants, namely Matte Black, Matte Blue, and Matte Gold.

Further, everyone who buys the Redmi 7A in the month of July will get a Rs 200 discount, so this drives down the launch price to Rs 5,799 and Rs 5,999 respectively. The device will go on sale from 11th July exclusively on Mi.com, Flipkart and Mi Home stores.

Redmi 7A: Specs and Features

As one expects from the entry-level segment, Redmi 7A boasts a polycarbonate build with a matte finish for better grip and in-hand feel. There’s a single rear camera (which we will talk about below) and no fingerprint scanner on this device.

The Redmi 7A sports a 5.45-inch HD+ IPS LCD panel, with an 18:9 aspect ratio and 1440x720p resolution. There are huge bezels around the screen here, which is acceptable on a device in this price segment. It has TÜV Rheinland certification and p2i nano-coating for splash protection as well, which sounds great. 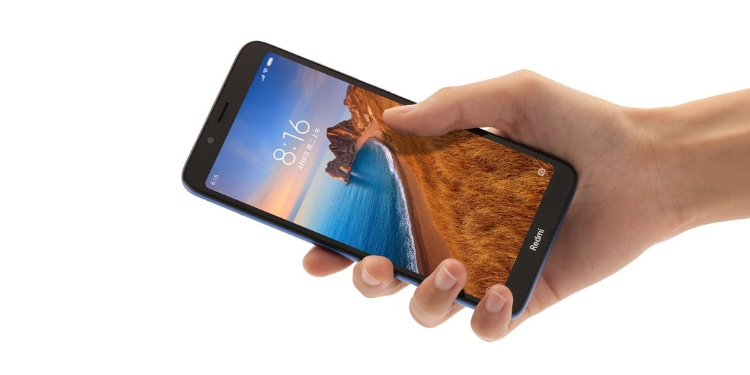 Instead of the MediaTek chipset we saw in its predecessor, Redmi 7A is powered by the Snapdragon 439 chipset, clocked at up to 2GHz. Yeah, it’s the Snapdragon 439 SoC as opposed to Snapdragon 730 SoC which was confused to come baked into this entry-level device. It’s paired with up to 3GB RAM and 32GB internal storage.

Xiaomi knows India is an important market for them, thus, it has made a notable change on the camera front here. Instead of the 13MP (f/2.3) primary sensor we’ve seen on the Chinese variant, Xiaomi has equipped the Redmi 7A with a 12MP (f/2.2) Sony IMX486 sensor in India.

This is the same sensor that comes baked into Redmi Note 7 and Mi A2. There’s a 5MP selfie shooter that supports Face Unlock onboard as well. Xiaomi has also promised to rollout AI scene detection to Redmi 7A via an OTA update in the coming weeks.

Redmi 7A runs Android 9 Pie-based MIUI 10 out-of-the-box and also houses a massive 4,000mAh battery with support for 10W charging (5W charger included in box). This battery is 33% larger than its predecessor, the Redmi 6A. It has a triple-slot SIM tray, with a dedicated memory card slot(expandable up to 256GB) and wireless FM radio.

So, would you be interested in buying the Redmi 7A? Better than the Realme C2? Share your opinions in the comments down below.