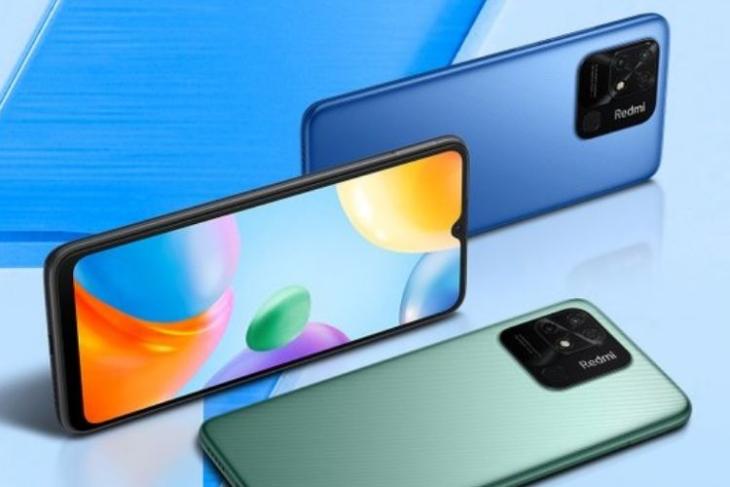 Xiaomi has launched the new Redmi 10 budget smartphone in India today. The smartphone expands last year’s Redmi 10 series and comes with a number of “blockbuster” features such as 50MP cameras, a Snapdragon chipset, a big display, and more. It is the rebranded version of Redmi 10C, which launched recently in the global market. Here’s a look at all the details.

As revealed before, the Redmi 10 comes with a design different from what we saw with the Redmi 10 Prime. It has a square-shaped camera hump at the back, which not only houses the camera housings and an LED flash, but also a fingerprint scanner. The design is similar to the Realme Narzo 50A and refreshing for all we see now is a side-placed fingerprint scanner on most devices. Redmi 10 comes in Midnight Black, Caribbean Green, and Pacific Blue color options.

The rear camera system features two sensors, including a 50MP AI primary camera and a 2MP depth sensor. This is similar to the recently introduced Redmi 10C. The front camera is rated at 5MP. The phone supports various camera features like the Night mode, Time-lapse, Tilt-shift, Movie Frame mode, slow-motion videos, and more.

Much like the Redmi 10 Prime, this device also comes with a big 6,000mAh battery and support for 18W fast charging. Taking a dig at Samsung’s recent decision to remove in-box chargers from its budget phones, Xiaomi confirms that it still includes one. It runs MIUI 13 out-of-the-box but is based on Android 11, which is disappointing.

Redmi 10 has been launched at a starting price of Rs 10,999 in India. You can check out the price of the two configurations right here:

The Redmi 10 will be up for grabs, starting March 24 via Mi.com, Flipkart, Mi Home, and partner retail stores. If you are interested in buying the device, you can get an instant discount of Rs 1,000 on the use of HDFC Bank cards and the EMI option.