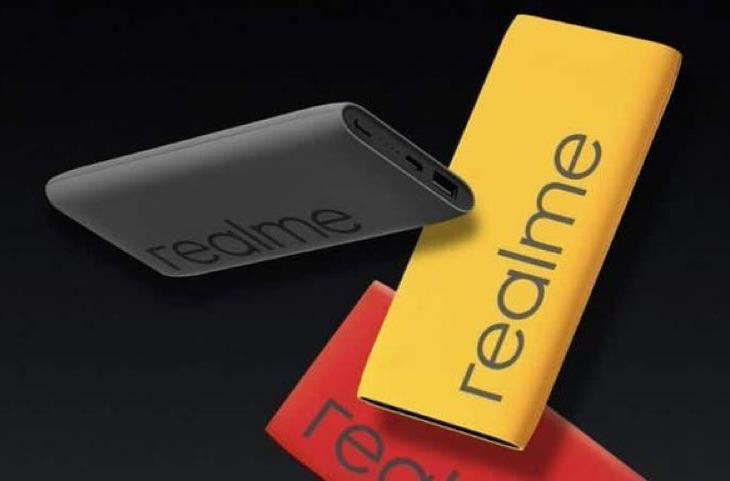 Realme’s power bank will come in three colors – black, yellow, and red. It will go on sale sometime towards the end of September. You can check the details for this 10,000 mAh power bank down below.

In addition to launching a sum total of 14 smartphones in the past 1.5 years, Realme has now begun perking up its accessories portfolio as well. The Chinese giant kicked it off with special cases but has since added charging adapters, cables, and earphones to its kitty. If that wasn’t enough, Realme has today launched its first power bank alongside the Realme Q (which is a rebranded Realme 5 Pro) in China.

Realme has launched a 10,000mAh power bank at its launch event in China. The power banks boast a curvaceous design with a dash of color, but the company says that its in-hand feel should be like a 6.3-inch smartphone in 2019. It includes 1 USB-A and 1 USB Type-C port, both of which support two-way fast-charging up to 18W. The massive 10,000mAh battery inside here is charged using the USB-C port onboard.

Realme further adds that its power bank packs 12-fold security protection to safeguard it against overcharging, overheating, and more. It will go sale from September 12 in China, with a price tag of 99 yuan (roughly around Rs 1,000). There are three color variants of this power bank, i.e black, red, and yellow.

We can expect the power bank to launch in India next week, alongside the launch of the Realme XT. Excited? Tell us in the comments down below.