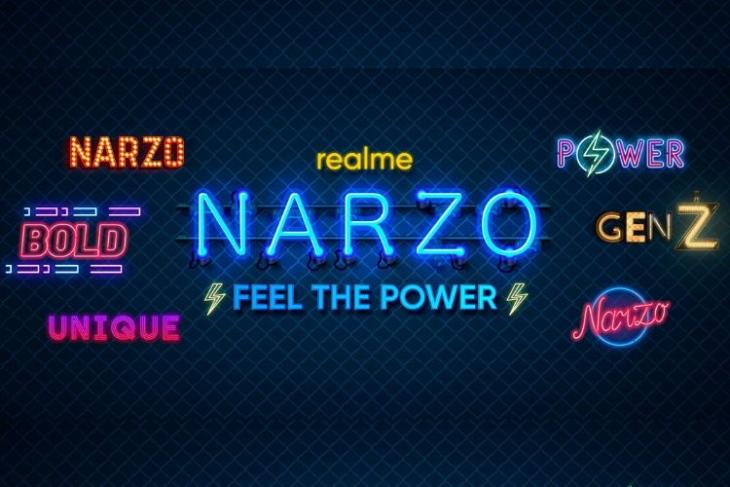 Realme started teasing a new product called Narzo in India just yesterday. While most of us assumed that the company is gearing up to launch its first smartwatch, Realme Narzo has today been confirmed to be a new smartphone series.

The official tweet from Realme India CEO Madhav Sheth states “Presenting the new revolution. Our new smartphone series #realmeNarzo.” He didn’t reveal anything else about the upcoming smartphone series but instead, asks the fans to guess the name of the first phone in the Narzo series.

Guess the name of our first smartphone in the Narzo series using #realmeNarzo and get a chance to be its proud first user. pic.twitter.com/wAkXAb1XRG

The tweet is accompanied by a music video and a dedicated landing page for the new smartphone series. The latter not only hints at a launch soon but also answers 2 very important questions – What is Narzo and who is it for?

As per the landing page, Realme Narzo will cater to Gen-Z (which means it will focus on offering blingy designs) and bring ‘Max’ performance in its price segment. We still don’t know the meaning of Narzo. The company, however, seems to further clutter the market with a new mid-range device in its quest to take on Xiaomi’s Redmi and Poco in India.

Realme hasn’t shared any details for the first smartphone in the Narzo series just yet but stay tuned for more updates. We will inform you as and when new information trickles in.