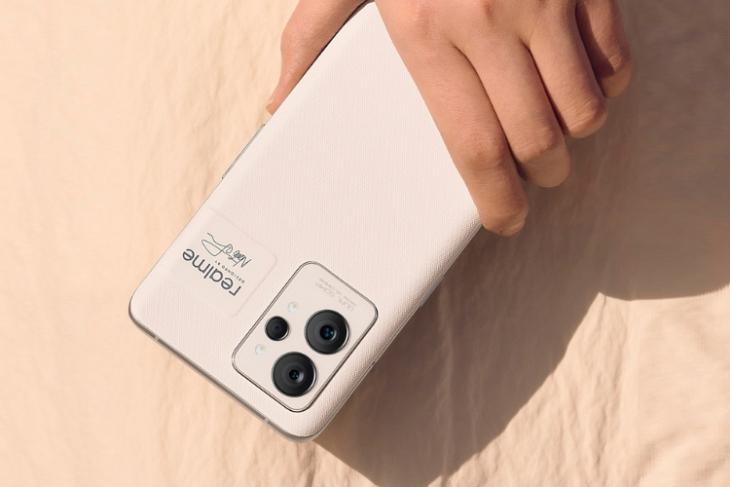 The Realme GT 2 series launch (set for January 4) is merely a few days away and before the phones are officially unveiled, the company is giving us little details about them. The latest information confirms some of the Realme GT 2 Pro’s camera details.

Realme, via a Weibo post, has revealed that the GT 2 Pro will come with three rear cameras. There will be a 50MP main camera with a Sony IMX766 sensor. This is the same sensor seen on the recently launched Xiaomi 12. The main camera will support OIS. The phone is expected to feature a 50MP ultra-wide camera, which will come with a field of view of 150 degrees. As revealed previously, it will be the world’s first smartphone with this lens.

The third camera is expected to be rated at 2MP and will be a microscope lens for really close-up shots. It is also revealed that the phone will come with a Fisheye mode for ultra-long depth of field effect.

In another Weibo post, the company reveals that the phone will come with the GT Mode 3.0 for improved performance, animation, sound effects, and loads more.

This comes after Realme recently revealed the design of the phone. The Realme GT 2 Pro will get the usual rectangular rear camera bump with an arrangement of two big camera housings and a small one. The cameras will be arranged similarly to the ones seen on the iPhone 13 Pro phones. The back panel will be made up of bio-polymer, which will also be a first in the world. Upfront, there will be a punch-hole screen.

As for the specs, it is confirmed to get the latest Qualcomm Snapdragon 8 Gen 1 chipset, up to 12GB of RAM and 256GB of storage, an OLED display with a 120Hz refresh rate, and more. We can expect it to be priced under Rs 60,000. The Realme GT 2 is also expected but not much is known about it.

Since only a few days remain for the Realme GT 2 series launch, it makes sense to wait until the event to get a better idea. Stay tuned for further details.