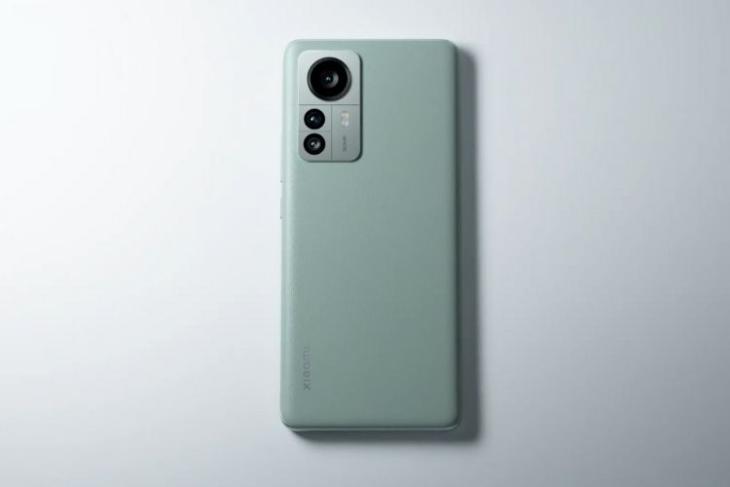 After a plethora of rumors and leaks, Xiaomi has finally taken the wraps off its flagship Xiaomi 12 series in China. The Xiaomi 12 and the Xiaomi 12 Pro are the latest ones to come with the new Qualcomm Snapdragon 8 Gen 1, as revealed previously. In addition, the company has also introduced the next-gen MIUI 13, the Xiaomi Watch S1, and the Mi True Wireless Noise Cancelling Headphones 3. Here are all the details.

This is the vanilla model in the lineup and comes with slightly toned-down specs. As rumored, it gets a rectangular Mi 10T-like rear camera hump with one big camera housing, two small housings, and LED flash. Upfront, there is a center-placed punch-hole screen. It weighs just 180 grams and comes in 4 color options: Classic Black, Blue, Purple, and Wild Green.

The screen spans 6.28-inch, which is relatively compact and is AMOLED in nature. It supports a refresh rate of 120Hz, a peak brightness of 1100 nits, and has a pixel density of 419ppi. The 12-bit display has a layer of Corning Gorilla Glass Victus and is claimed to have broken 15 DisplayMate A+ records.

The phone is powered by the Qualcomm Snapdragon 8 Gen 1 chipset, paired with up to 12GB of RAM and 256GB of storage.

On the camera front, there are three rear cameras: a 50MP main IMX766 camera with OIS, a 13MP ultra-wide camera with an FoV of 123 degrees, and a macro camera. There is a 32MP front camera. The phone is touted to support fast imaging and comes with camera features such as CyberFocus tech for human eye tracking, face tracking, sports tracking, and better video tracking.

It is backed by a 4,500mAh battery with 67W fast charging and 50W wireless charging technologies. It runs MIUI 13 out-of-the-box based on Android 12 and comes with 5G support, Wi-Fi 6, network optimizations for better connectivity, HARMAN Kardon audio system, and more.

The Xiaomi 12 comes in three RAM+ Storage models and here are the prices:

The Xiaomi 12 Pro is the high-end smartphone in the series. It gets a design similar to the Xiaomi 12 but with slight tweaks. The device gets the same color options as the vanilla model, except the Wild Green variant has a leather finish.

The phone gets a 6.73-inch LTPO 2.0 AMOLED display with a screen resolution of 3,200 x 1,440 pixels, a refresh rate of 120Hz, a touch sampling rate of 480Hz, and a peak brightness of 1500 nits. It is also protected by a Corning Gorilla Glass Victus. The LTPO screen supports Micro-Lens microprism technology and Smart Dynamic Refresh Rate Technology. It has also broken 15 DisplayMate A+ records.

As expected, it is powered by the Snapdragon 8 Gen 1 SoC, making it the second smartphone to launch with the latest flagship chipset along with the Xiaomi 12, of course. It also supports Xiaomi’s “Dynamic Performance Scheduling Technology for better performance, even in gaming. It gets up to 12GB of RAM and up to 256GB of storage.

As for the cameras, there are three: A 50MP IMX707 primary camera, a 50MP ultra-wide camera, and a 50MP portrait camera. It also gets the CyberFocus feature, improved night mode, and more. There is a 32MP front camera.

The phone is backed by a 4,600mAh battery with support for 120W fast charging and 50W wireless charging. It packs the Surge P1 chip for better power management and runs MIUI 13.

The Xiaomi 12 Pro also comes in three RAM+Storage models and here are the prices: