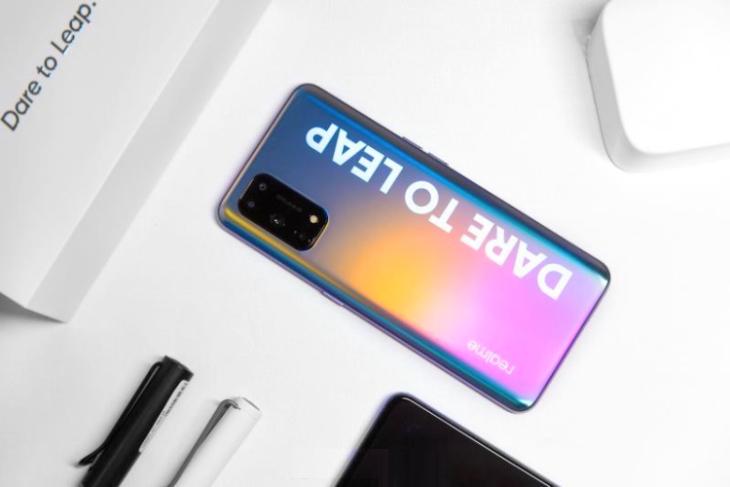 The poster shows the company’s Q, V, and X series, along with a new unnamed series. A quick translation of the text reads ‘extreme performance’, proving that this is indeed the flagship lineup. Take a look at the poster below.

Realme’s upcoming flagship is rumored to feature 125W fast charging support, which the company calls UltraDART Charging. The charging mechanism is said to charge a 4,000 mAh battery from 0 to 33 percent in just 3 minutes. Charging up to 41 percent will take 5 minutes.

Realme’s teaser comes after Apple announced the new iPad Air powered by 5nm A14 Bionic chipset and Redmi’s GM Lu Weibing teased an upcoming phone with a 5nm chipset. Apart from Realme and Redmi, we could expect other tech giants like Samsung and Oppo to release phones with Snapdragon 875 too, in the future.

Qualcomm, however, has neither teased nor announced its latest chipset. The company is expected to announce the new chipset sometime in December at its annual Snapdragon Tech Summit. Past rumors suggest that the Snapdragon 875 will come with Kryo 685 CPU, Adreno 660 GPU, and X60 5G modem.

It is in the air that Snapdragon 875 will be more expensive than its predecessors. This is turn, may affect the prices of Android flagships as well. It will be interesting to see if leading smartphone brands manage to negotiate bulk deals so that the end-consumer price and profit margins of OEMs remain unaffected.