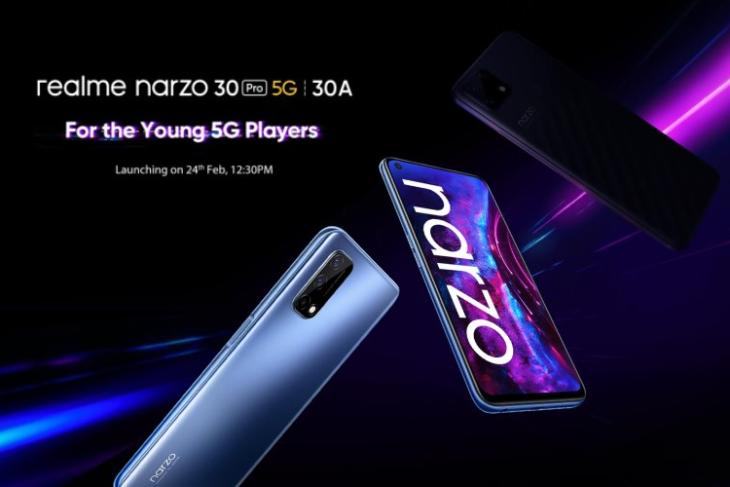 Realme has been teasing the Narzo 30 series for the past couple of weeks. Now, the company has announced the launch date for the upcoming devices. It is sending out media invites which officially confirm that Narzo 30 series will launch on 24th February in India.

Realme India CEO Madhav Sheth took to Twitter to announce the launch date. Sheth confirms that the company will unveil the Narzo 30 Pro 5G and Narzo 30A next week. This will be the first 5G-enabled Narzo smartphone. It will also be the cheapest 5G device in Realme’s portfolio when it launches. Narzo 30 Pro 5G is expected to be priced under the Rs. 19,999 price tag of the recently launched Realme X7.

I am all set to unveil a new range of performance-driven #Narzobyrealme smartphones at 12:30PM IST, 24th Feb!

The media invites further confirms that the event “will also witness the unveiling of Realme Buds Air 2, with democratized ANC technology!” We recently got our first look at these TWS earbuds in a teaser video. Realme Buds Air 2 will feature an in-ear design, ANC, and will be tuned by American electronic DJ duo Chainsmokers, as per leaks.

The company has also set up a dedicated microsite for the upcoming Narzo 30 series launch. It confirms that Realme Narzo 30 Pro 5G will be powered by the MediaTek Dimensity 800U chipset – the same as the Realme X7 5G. You will also find up to 8GB of RAM and up to 128GB of built-in storage.

As we discussed yesterday, Narzo 30 Pro will most likely be a rebranded version of the Realme Q2. It was launched in China last year with the Dimensity 800U chipset under the hood. The device will feature a 6.5-inch Full-HD+ LCD display with a 120Hz refresh rate and a 16MP punch-hole selfie camera. 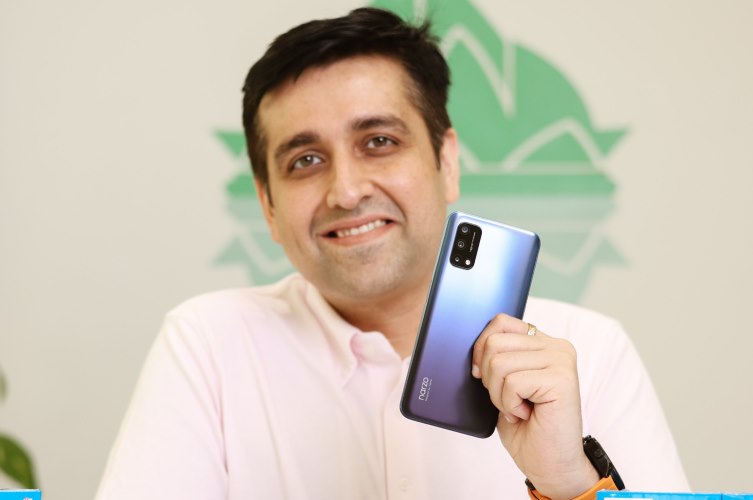 The triple camera setup on the rear will include a 48MP primary sensor, an 8MP ultra-wide lens, and a 2MP macro camera. You also have a huge 5,000mAh battery onboard. We, however, expect the company to upgrade the 30W fast-charging tech supported by Realme Q2 to at least 50W with the Narzo 30 Pro 5G.

We can also see the Narzo 30A in the background in the header image above. It will feature a square triple camera setup and a physical fingerprint sensor on the rear. We currently have no information on the hardware specifications of this variant. The company will have more details to share in the days leading up to the launch. So, stay tuned for more updates.