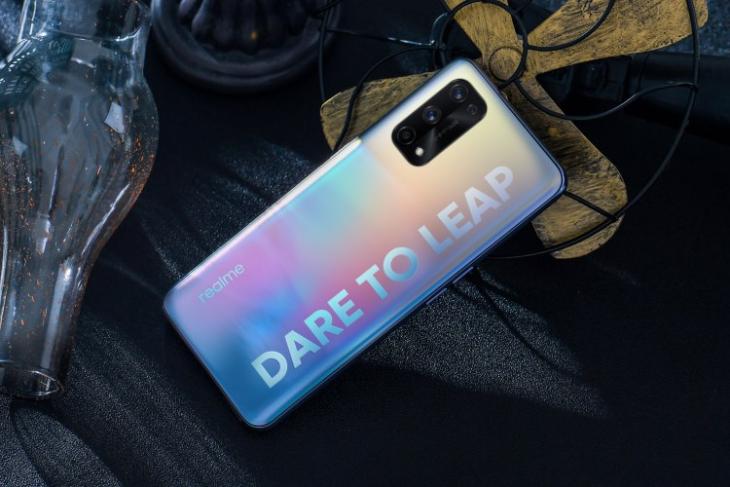 Putting an end to the leaks and teasers, Realme has revealed the India launch date for the Realme X7 series today. The Realme X7 and X7 Pro will finally make their India debut next week, on 4th February, and bring 5G connectivity to the masses. Both the Realme X7 series phones have MediaTek Dimensity chipsets 5G under the hood, multi-camera setups, fast charging, and more.

The launch date wasn’t revealed by Realme India CEO Madhav Sheth or the company’s official Twitter account. Instead, the Chinese giant has sent out press invites (via Ishan Agarwal/ Twitter) that not only reveal the February 4 launch date. The invite carries a MediaTek Dimensity 800U chipset (MT6853V – TN) as well. This confirms that one of the two upcoming Realme X7 phones will be powered by this chipset.

realme is launching the realme X7 Series (X7 & X7 Pro) on 4th February in India. Attached with the invite is a Mediatek Dimensity 800U Chipset. Cool!#realmeX7series #realmeX7 #realmeX7Pro pic.twitter.com/NKycL7Rbse

The Realme X7 series was launched in China back in September last year. We already know that the standard Realme X7 is the same phone as the Realme 7 Pro (with a 5G chipset upgrade), which also made its debut around the same time. So, what should you expect from the upcoming series in India?

First up, the standard Realme X7 will likely be a rebranded version of the Realme V15 smartphone that launched in China earlier last month. This means you will get a 6.4-inch 60Hz Super AMOLED display with a 16MP punch-hole selfie camera on the front. The MediaTek 800U powers this device, along with up to 8GB of RAM, and up to 128GB of storage. Madhav Sheth has already teased what the device will look like:

What would you name this #realmeX7 colour variant?

You will find a triple camera system with a 64MP primary camera, an 8MP ultra-wide camera with a 119-degree FOV, and a 2MP macro lens onboard here. This is topped off with a 4,310mAh battery pack and 50W SuperDart fast-charging support.

On the other hand, Realme X7 Pro will boast the same specifications as the Chinese X7 Pro variant. This means you have a 6.55-inch Full-HD+ AMOLED display with a 120Hz refresh rate and a 32MP punch-hole selfie sensor on the front. The MediaTek Dimensity 1000+ chipset powers this device. This will be the second smartphone, after Oppo Reno 5 Pro, with this chipset to launch in India this month.

Also, you get up to 8GB of RAM, up to 256GB of storage, and a 4,500mAh battery with 65W SuperDart charging support onboard. There’s a quad-camera setup on the rear. It is helmed by a primary 64MP Sony IMX686 sensor. You will also find an 8MP ultra-wide camera with a 119-degree FOV, a 2MP macro lens, and a 2MP depth sensor.