Skip to content
Home News Realme 9i Design and Specs Surface Online; Here Are the Details! 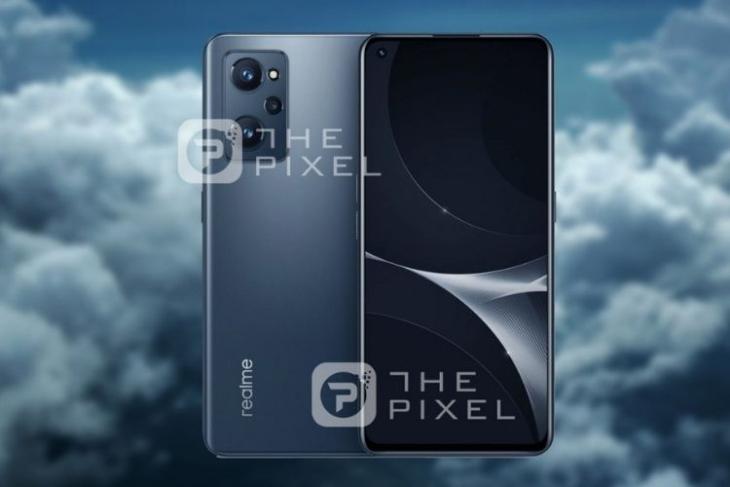 As per the report, the Realme will boast a design similar to the Realme GT Neo 2 and even the latest Oppo Reno 7 phones. This means you can expect a vertical rear camera hump with big camera housings and a punch-hole screen, which will most likely be curved, on the Realme 9i. The leak hints at a design totally different from the Realme 8 series, which went for a rather bold and daring design.

It could get a plastic body and be painted in subtle colors, including black and grey. As for the port placement, the volume rocker will be on the left side, while the power on/ off button could be placed on the right side.

The leaked specs sheet hints at decent enough specs for a sub-Rs. 15,000 budget-centric phone. We can expect the Realme 9i to come with a 6.5-inch AMOLED display with support for a 90Hz refresh rate. It could be powered by a MediaTek Helio G90T chipset, coupled with up to 8GB of RAM and 128GB of storage.

As for the cameras, the smartphone is likely to house three at the back, including a 64MP main camera, an 8MP camera (possibly an ultra-wide lens), and a 2MP macro or depth camera. The front camera could be a 32MP shooter. A 5,000mAh battery with possible support for 65W or 33W fast charging is expected. Other details about the Realme 9i remain unknown.

While we aren’t sure as to what devices will launch under the Realme 9 series, they are expected to support 5G and fall under the sub-Rs 20,000 price bracket. The Realme 9 series is expected to launch in January 2022, although, an exact date isn’t known. We will let you know once we get hold of the details, so stay tuned for more information.

Realme 9i With Snapdragon 680 and 50MP Cameras Officially Launched