Skip to content
Home News Realme 9 5G Series to Launch in India on March 10; Watch S100 and Buds N100 to Tag Along 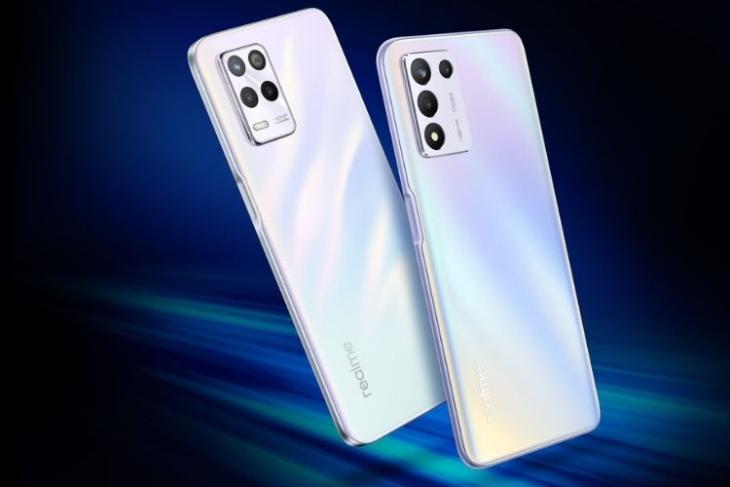 Realme recently introduced the Realme 9 Pro series in India, in addition to the budget-centric Realme 9i. Now, the company is further expanding its number lineup with the launch of the Realme 9 and Realme 9 SE 5G, which are scheduled to launch in India on March 10. Realme will also launch the TechLife Watch S100 and neckband-style TechLife Buds N100 alongside the Realme 9 series. Here’s what to expect from the new devices.

Realme has now listed the Realme 9 series on its website, revealing that it will launch on March 10 at 12:30 pm in India. The phones will launch via a virtual event, which will be live-streamed via the company’s YouTube channel and its social media platforms.

The microsite has also revealed a few details of both the Realme 9 and the Realme 9 SE. Both phones are confirmed to come with 5G support and will feature a Fluid Light design with a 6-layer UV Grain Process and a rectangular rear camera hump. However, there will be a difference in the rear camera setup. While one model will have a quad camera arranged in a square shape, the other model will have the camera housings placed in a straight line. The front of both the Realme 9 and 9 SE is expected to be the same, with a punch-hole selfie camera.

It is also revealed that the Realme 9 SE will be powered by a 6nm Snapdragon 778G chipset and the vanilla Realme 9 will get a MediaTek Dimensity 810 SoC. Both will compete with the likes of the Redmi Note 11T 5G, the Realme GT Master Edition, and more devices available in the country. We can also expect the Realme 9 to fall under Rs 20,000, while the Realme 9 SE could be priced between Rs 25,000 and Rs 30,000.

Realme has also confirmed that Realme 9 SE will include a 144Hz Adaptive display, which will be a first for a Realme phone. This information was also rumored in leaks recently. There’s no word on the Realme 9’s display specs. Additionally, other details for the 9-series phones are unknown at the moment.

Furthermore, Realme has also revealed that it will launch the TechLife Watch S100 and the TechLife Buds N100 in India on the same day. These devices are also listed on the company’s website.

The listing reveals that Realme Watch S100 will have a square dial with a metallic finish and a 1.69-inch color display. It will come with support for IP68 water resistance, a 12-day battery life, heart rate monitor, SpO2 monitor, and the highlighting ability to measure the skin temperature. Smart controls, various sports modes, and more features are also expected.

As for the neckband-style Buds N100, it is confirmed to support 9.2mm dynamic drivers, IPX4 water resistance, a total playback time of 17 hours, a magnetic Bluetooth connection, and two color options: Black and Grey. Both these products are expected to come with affordable price tags.

To get more details on these upcoming Realme devices, it’s best to wait for the launch event next week. We will keep you informed, so stay tuned.

Realme 9i Design and Specs Surface Online; Here Are the Details!