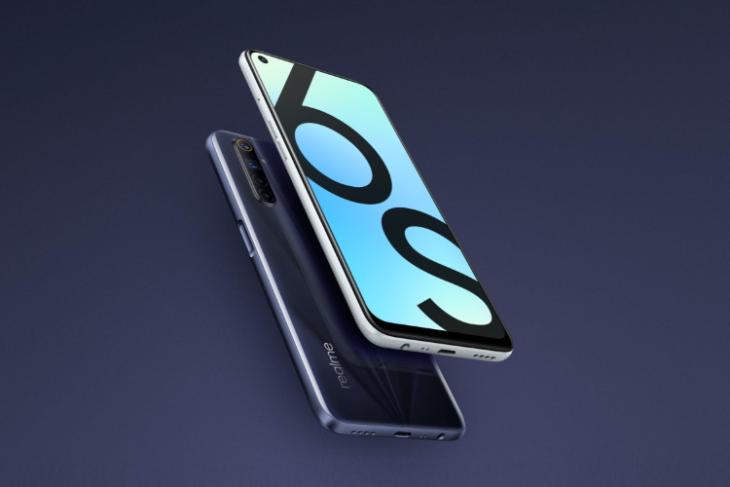 Realme just recently launched its latest Realme X3 flagship series in India. But if the rumors are to be believed, then it is already said to be gearing up to debut yet another smartphone. This time it’s a budget phone called the Realme 6i in India next week.

As per a report from OnPhones, Realme 6i will soon make its India debut but didn’t the company already release this phone as the Narzo 10 in India? Yeah, that’s true but the upcoming Realme 6i will be a rebranded version of the Realme 6S (global variant) that launched in Europe back in late-May this year.

A poster for the Realme 6i was recently spotted at a retail store in India, hinting at its imminent arrival. The poster gives away some of the major specs, including the Helio G90T chipset, 90Hz display, and the 48MP quad-camera module. This confirms that Realme 6S will debut as the Realme 6i in the country. 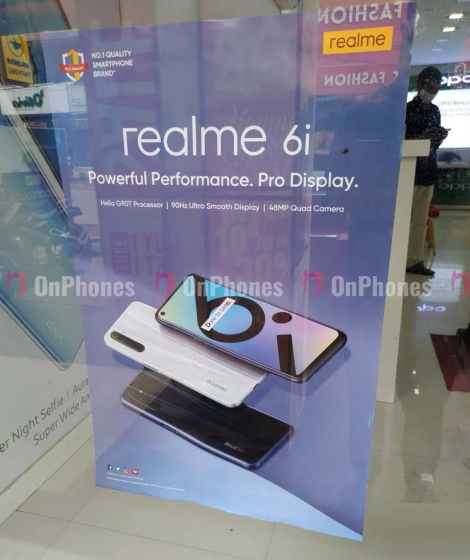 Realme 6i features the same design as its elder sibling. It features a 6.5-inch Full-HD+ LCD display with a 90Hz refresh rate and a 120Hz touch response rate. As I already told you, the device is powered by the Helio G90T chipset, coupled with 4GB RAM and 64GB built-in storage. You’ll also find a 4,300mAh battery pack with 30W Flash Charge support under the hood.

The device will come equipped with a quad-camera module on the rear. It includes a 48MP primary sensor, an 8MP ultra-wide camera, a 2MP macro camera, and a 2MP depth sensor. There’s also a 20MP selfie snapper housed in the punch-hole cutout.

The poster also confirms that the device will arrive in two colorways, namely Lunar White and Eclipse Black. With the GST tax rate hike from April this year leading to a steep increase in the original Realme 6’s prices, this slimmed-down version will be a huge respite. You might be able to get the 90Hz experience at around Rs. 12,999 yet again.