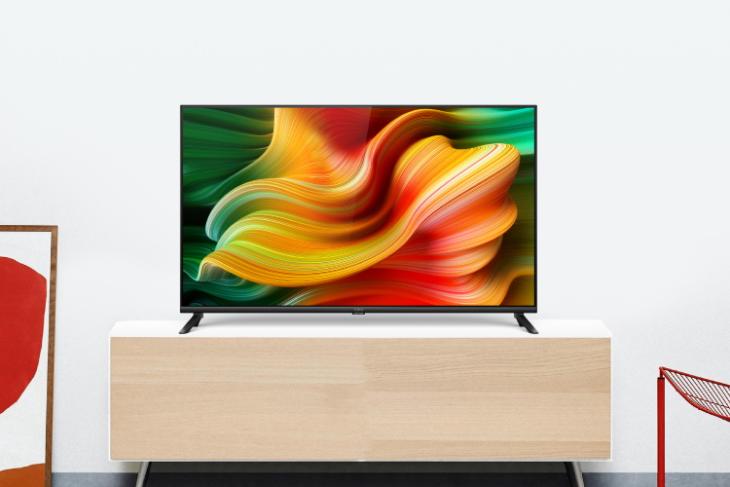 Realme entered the smart TV segment last week with the launch of 32-inch and 43-inch variants of Realme Smart TV at Rs. 12,999 and Rs. 21,999 respectively. The company is now reportedly planning to launch a new 55-inch smart TV.

“Our exploration to offer smarter TVs has just started, and we won’t settle at these two sizes. The 55-inch TV is considered as premium and flagship size for TVs, so Realme is preparing to launch a brand new 55-inch TV to give users more ground-breaking experiences,” Madhav Sheth told IANS.

Realme is currently gearing up to start manufacturing in India. The company will start Surface-Mount Technology (SMT) production in the country for its smart TV lineup, along with a full-fledged production line.

Meanwhile, Sheth took to Twitter to share that the company managed to sell over 15,000 Realme Smart TV units within 10 minutes of availability across Flipkart and Realme Store.

We have created history again with #realmeSmartTV that we customised for India.
15,000+ units sold in less than 10 minutes!
By far the Fastest Sale by any TV brand in BAU days.
Kudos to all, #realme is now on the journey to be the Most Popular Tech-lifestyle Brand. pic.twitter.com/XDoxMfs5VP

We could expect a significant bump in specifications rather than just an increase in screen size. However, we will have to wait for the company to reveal more details regarding the 55-inch Realme Smart TV in the months to come.

Either way, this announcement signifies that Realme has entered the smart TV segment to stay and we could expect more smart TVs from the brand in the future.

Here Is Your First Look at the Realme Smart TV