The Realme 2 Pro (starting at Rs. 13,990) is the latest offering from Realme’s smartphone line-up, and the company has put in a considerable amount of effort to market the Realme 2 Pro as a competent smartphone which can justify the ‘Pro’ suffix. The Realme 2 Pro packs the Snapdragon 660 SoC with up to 8 gigs of RAM, which are some solid specs for a budget smartphone these days, and it does not disappoint. 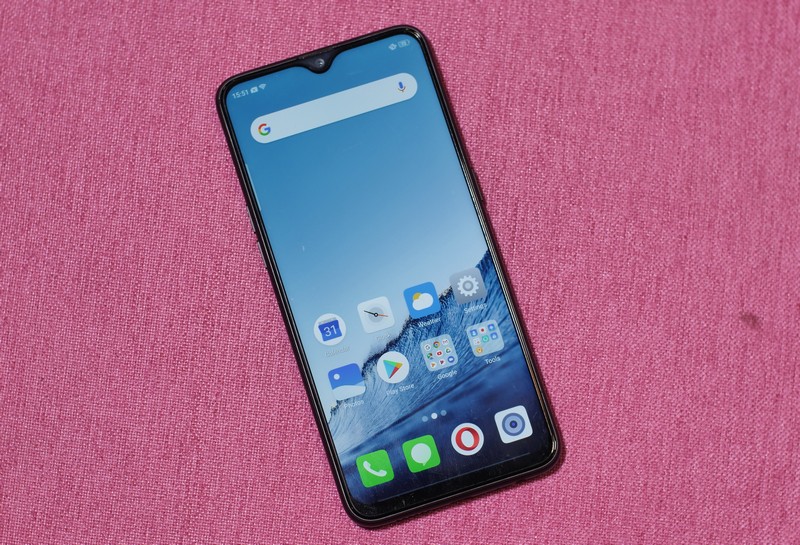 The Snapdragon 660 powers the Xiaomi Mi A2 and the Vivo V11 Pro, both of which fared well on the performance parameter, but has Realme done a commendable job at optimizing the Snapdragon 660’s processing grunt with ColorOS 5.2? Well, there is only one way to find out- subjecting the device to an intensive gaming and performance test.

Note: A word of advice, the unit we tested had 8GB of RAM, so the low-end variant of the Realme 2 Pro with 4GB of RAM might not provide the same gameplay experience.

But before we delve into the performance aspect, let’s take a quick look at the Realme 2 Pro’s specifications:

Before we start going through synthetic benchmark figures and give a final verdict about the Realme 2 Pro’s overall performance, do keep in mind that synthetic benchmarks are just numbers and do not reflect actual prowess of a smartphone. This is why we prefer to do an exhaustive test based on in-hand performance and practical usage scenarios, and this is what we are going to do in the Realme 2 Pro’s case.

We started the Realme 2 Pro’s benchmark test with AnTuTu, and the device didn’t disappoint, scoring an impressive 133324 points, which is in line with other devices packing the same Snapdragon 660 SoC. However, the Realme 2 Pro performed slightly better than its rivals, the Xiaomi Mi A2 and the Redmi Note 5 Pro, all thanks to the 8GB of RAM which give it a slight edge.

Coming to Geekbench 4, the Realme 2 Pro scored similar to the Xiaomi Mi A2 and bettered the Snapdragon 636 packing Redmi Note 5 Pro.

When it comes to real-life performance, the Realme 2 Pro is a fairly great performer. We put the Realme 2 Pro through a host of games ranging from lightweight titles like Angry Birds, 8 Ball Pool and Subway Surfer to graphics intensive games such as PUBG, Asphalt 9: Legends, Injustice 2 and Mortal Kombat X.

While the Realme 2 Pro breezed past through low-end games, its gaming performance was surprisingly good and provided a lag-free experience at default graphics settings.

However, tweaking the graphics settings to the maximum permissible limit in some games resulted in sporadic stuttering and occasional lags. But then, for high-end mobile games which are made for flagship chipsets, the mid-range Snapdragon 660 can only serve you long enough. Here’s how Realme 2 Pro fared at gaming:

I started the Realme 2 Pro’s gaming review with PUBG, and to put it simply, the gameplay was above par. The battle royale game was to the default graphics setting on the first boot, and as I completed a few matches, I noticed that there was no lag, frame drop or stuttering at all.

What surprised me was that even after setting the graphics setting to HD and the frame rate to ‘High’ level with ‘Realistic’ visual, the game did not stutter at all. The Realme 2 Pro handled one of the most demanding games out there like a champ, which is commendable.

The next game I tried was ‘Injustice 2’, and truth be told, I was again surprised at how well the fight game played out on the Realme 2 Pro. The device rendered the animations smoothly, and the cinematic visuals between the fights smoothly transitioned back to the combat without a hitch.

In the case of Asphalt 9: Legends, there was some stutter and noticeable frame drop, especially while driving supercars at high speed and taking sharp turns, and it also happened while doing stunts.

I saved the best for the last- Mortal Kombat X, one of the most visually pleasing and resource intensive games out there. The gameplay was smooth, but what annoyed me the most was how the game’s native aspect ratio was stretched out to fill out the Realme 2 Pro’s tall 19:9 display.

The Realme 2 Pro offers a native full-screen mode for gaming and media consumption, which uniformly covers the area adjacent to the teardrop notch with a bar for a uniform look. But there was some anomaly. In case of PUBG, when the full-screen mode was not enabled, the notch covered half of the shoot button, however, the issue was resolved when I applied the full-screen mode.

Another sore point was the curved bottom bezel, which covers some UI elements while playing a game. For example, in the case of PUBG, the rounded bottom bezel covered a significant portion of the ‘X’ button used to go back to the previous screen, and as a result, it was a minor hassle to tap it precisely every time. 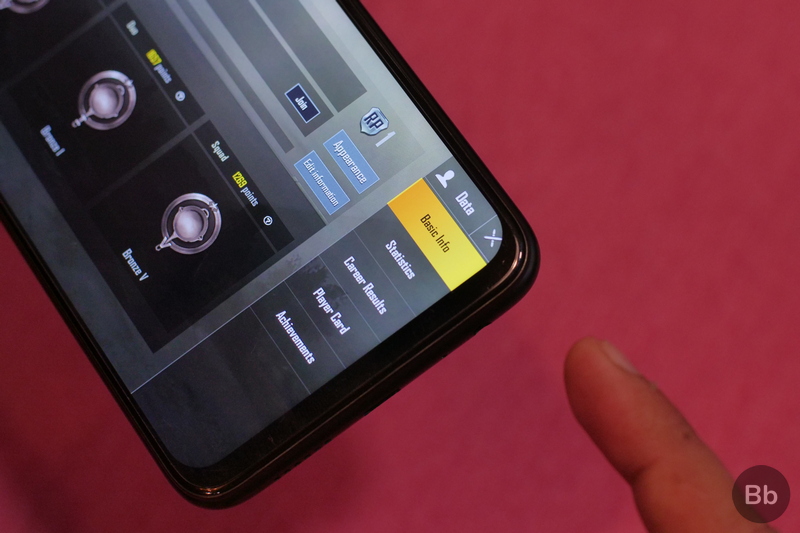 While the device definitely did get hot, it did not get heat up enough to the level of getting uncomfortable. Interestingly, when the protective cover is applied, the temperature only rose by around 4-degrees, and there was minimal to no effect of the higher temperature on the in-hand experience.

UI optimization flaws aside, the Realme 2 Pro handled all games we tested decently well. So, if you’ve been planning to buy the Realme 2 Pro and were in doubt regarding its gaming prowess, you can rest assured that the device will handle all games you throw at it with ease.