The new Realme 2 Pro, which was launched earlier today, is being hailed as a contender which can challenge the dominance of Xiaomi, and in our review, the new Realme device proved that it definitely packs a punch. A faster processor, a hefty 8GB of RAM and an improved imaging hardware are the upgrades brought by the Realme 2 Pro, but is the device’s camera performance really worth the hype or is it just another budget dual camera smartphone? Let’s find out.

The Realme 2 Pro packs a 16MP + 2MP dual rear camera set-up which employs a Sony IMX398 CMOS sensor with a 6-element lens and has an F1.7 aperture. The rear camera set-up boasts of Electronic Image Stabilization (EIS), a feature which aims to minimize blurring and compensate for shaking while recording a video. On the front, there is a 16MP sensor with an F2.0 aperture.

On paper, the Realme 2’s imaging hardware sounds quite promising, but when it comes to delivering on that promise, well, its an altogether different story.

The Realme 2 Pro captures some decent quality images with a sufficient amount of detail under daylight, with vibrant colors and adequate depth. But there are a few issues which prevent the daylight shots from being called truly impressive, and these drawbacks have a lot to do with the smartphone’s image processing.

First of all, daylight shots exhibit a lot of overexposure, which somewhat washes out the colors and makes the objects look too bright. While the added lighting may prove to be helpful in capturing more detailed low-light images, it ends up degrading the quality of the photos clicked under well-lit outdoor conditions.

The overexposure issue is particularly evident in the case of images which have a rich color profile, because the overexposure and excessive brightening effect not only affects the overall color production, it ends up making the photos look dull.

As you can see in the comparison shots above, the images captured by the Mi A2 are better at color retention when it comes to photos clicked under daylight. Also, when the object in focus is a human subject, the Realme device tends to lighten the skin tone and smoothens it to a considerable extent, even when a beautification filter is not applied.

The Realme 2 Pro might lag behind its rivals in daytime photography, but the device stands out when it comes to capturing images in low-light conditions, especially under dim, artificial light. The Realme smartphone’s brightening tendency, thanks to the wider f/1.7 aperture is put to good use here, because not only the object looks more vibrant, there is a considerably higher amount of detail. However, outdoor photos clicked at night do have a lot of noise.

A noticeable thing you will find when comparing the Realme device with the likes of the Xiaomi Mi A2 and the Redmi Note 5 Pro is the fact that in low-light conditions, the Realme 2 Pro retains more depth and offers a much better color profile than its rivals. The low-light shots simply emerge more vibrant and sharper than those clicked by other devices in its price range.

As far as bokeh or portrait shots are concerned, the Realme 2 Pro delivers some good shots, however, the lighting condition does play a major role in how the final image turns out.

For example, portrait shots clicked under broad daylight again suffer from the over-exposure issue mentioned earlier, washing out the true colors in a bid to make the images appear brighter. This tendency takes a toll on the color saturation, which results in the portrait shots looking a little washed out.

However, one major gripe I have with the Realme 2 Pro is that the blurring effect produced by its image processing algorithm is not so accurate. The edges separating the foreground and background are not so well-defined, and the device often mistakenly blurs a part of the object in focus, which is a major red flag. However, the inaccurate blurring effect is only noticeable in the case of images clicked under broad daylight.

When it comes to the front camera’s performance, I am honestly confused whether to rate the Realme 2 Pro as a capable selfie machine or one that fails to live up to its promise. First of all, the device’s overprocessing effect again comes to play here, which means the selfies turn out to be overly bright, so the skin tone appears to be lighter than it actually is, and also, there is a lot of smoothening without even applying any beautification effects.

One one hand, some people would deride the excessive exposure and loss of color accuracy, others would actually end up liking the image processing, especially for selfies taken in dim light. But one thing is for sure, it would be hard to capture the real skin tone of a subject in case of selfies taken with the Realme 2 Pro.

The Realme 2 Pro is capable of recording 4K, FullHD and HD videos at 30FPS, and honestly, at that price point, I surely don’t have any qualms about the lack of ability to record videos at a 60FPS. Nonetheless, the Realme 2 Pro can record some decent quality videos, provided you employ a tripod or you have some really stable hands. Why?

The verdict? Well, the videos do capture an adequate amount of detail, the blurring and shaking are simply too much for my liking, and there is a lot of grainy texture and inaccurate color reproduction too. Take a look at the video recording samples to decide for yourself.

Realme 2 Pro Camera Review: How Does It Fare?

So, at the end, it is your call. If photography is the sole criteria, go for the Mi A2. But if an all-round smartphone experience and value for money is considered, the Realme 2 Pro is a great option with decent cameras. 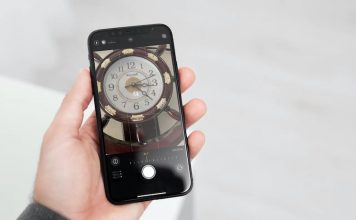 The stock camera app has got some notable enhancements in iOS 14 including the new exposure compensation value control. You can use this new...
Rajesh Mishra - Sep 1, 2020 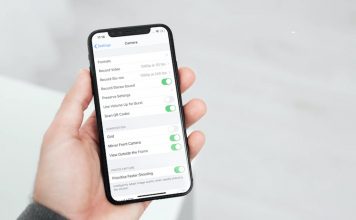 When you take selfies with the front-facing camera of the iPhone, the viewfinder shows you a different image than what you end up capturing....
Rachit Agarwal - Aug 28, 2020

Olympus, one of the oldest and biggest camera manufacturers in the world recently announced that it will be selling its camera division. The decision...
Beebom Staff - Jun 27, 2020 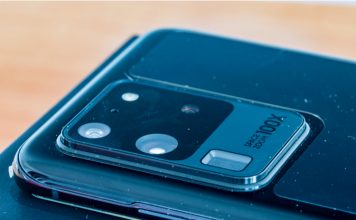 Apart from high-end smartphones and an array of consumer electronic devices, Samsung is also a big name in the components industry. The Korean tech...
Beebom Staff - May 3, 2020 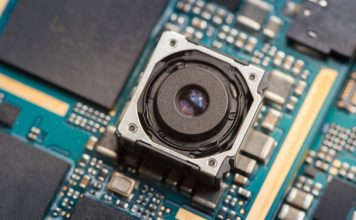 Apart from manufacturing budget and flagship smartphones, Samsung is a popular name in the components industry as well. From the best displays for mobile...
Beebom Staff - Mar 22, 2020