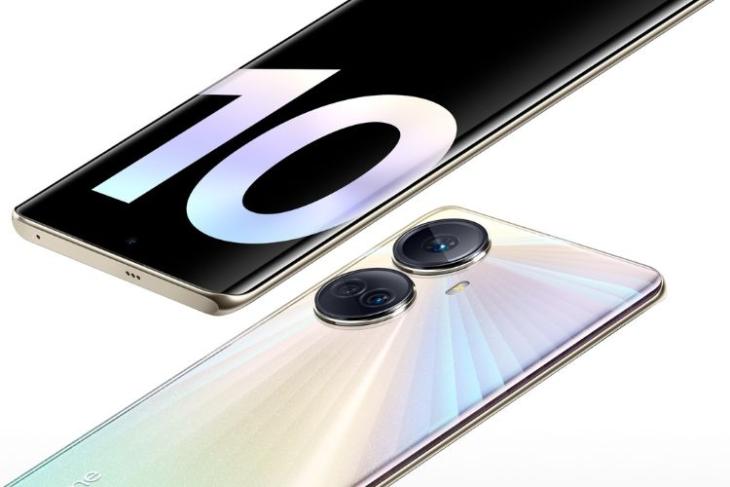 The smartphone features a Hyperspace design inspired by the concept of hyperspace tunnels, which creates a 3D effect. It comes in Starlight, Night, and Ocean colorways to choose from. The front has a 6.7-inch Full HD+ curved AMOLED display (a first for the price segment) with support for a 120Hz refresh rate, 2160Hz PWM dimming, 800 nits of brightness, HDR10+, and a 100% DCI-P3 color gamut.

Under the hood, there’s the MediaTek Dimensity 1080 chipset with up to 12GB of RAM and 256GB of storage. There’s support for Dynamic RAM Expansion for up to 8GB of extra RAM.

The camera setup includes a 108MP ProLight Camera based on the HyperShot Imaging Architecture. This makes room for QuickShot Acceleration Engine, Image Fusion Engine, and Super Nightscape Engine for enhancements in the respective areas. The main camera is supported by an 8MP ultra-wide lens and a 2MP macro camera. The front camera stands at 16MP.

It is backed by a 5,000mAh battery with support for 67W fast charging and runs Realme UI 4.0 based on Android 13. The Realme 10 Pro+ comes with dual stereo speakers, 5G, X-touch haptics, NFC, and more.

The Realme 10 Pro also features the Hyperspace design but has flat edges. Plus, the 6.72-inch boundless display with 1mm slim side bezels is flat. The Full HD+ LCD screen supports a 120Hz refresh rate, 680 nits of brightness, a screen resolution of 2400 x 1080 pixels, and more.

It is powered by a Snapdragon 695 chipset, paired with up to 12GB of RAM and 256GB of storage. Both RAM and storage can be further expanded.

Much like the Realme 10 Pro+, the Realme 10 Pro also comes with a 108MP ProLight camera and a 2MP macro camera, along with a 16MP front snapper. It gets a 5,000mAh battery with 33W fast charging. It also runs Realme UI 4.0 based on Android 13. There’s support for 5G, a side-mounted fingerprint scanner, and more.

The Realme 10 Pro series starts at CNY 1,599 (~ Rs 18,200) and competes with the likes of the recently unveiled Redmi 12 phones. Check out all the variants and their prices below.

The Realme 10 Pro series will be available, starting November 24. There’s no word on its availability in India but given that the company has teased it, it could happen soon.