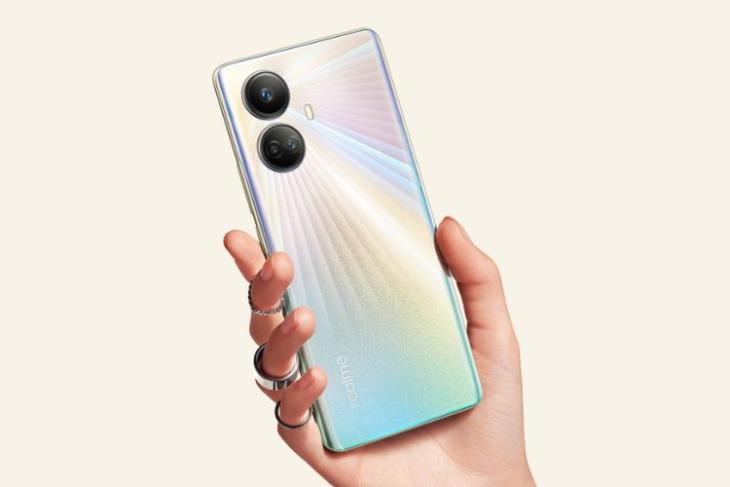 The Realme 10 Pro+ will boast the new Hyperspace design inspired by the concept of hyperspace tunnels. This design will showcase different hues at different angles. There are two big camera housings at the back, much bigger than what we saw with the Realme 9 Pro series. Realme calls this the Classic Twin-lens Reflex (TLR) Camera design.

The front will include a curved display, which is a first for the Realme number series. The display is said to have thinner bezels as compared to competitors and supports a 120Hz refresh rate. Another interesting thing is that the phone has the thinnest bottom bezel seen on a curved display.

Other than this, not much is known about the Realme 10 Pro series. Rumors have hinted at a 6.7-inch display and a MediaTek Dimensity 1080 chipset. We can expect 108MP rear cameras, a 5,000mAh battery with 67W fast charging, and more. Realme is also expected to launch the Realme 10 5G with the Snapdragon 695 SoC and 33W fast charging, among other things.

Since the Realme 10 Pro series is set to arrive in a few days, it’s best to wait and watch for what Realme brings to the table. Its arrival in India is expected to happen soon after. It was recently teased by Madhav Sheth too. For more details on the new Realme 10 phones, stay tuned.