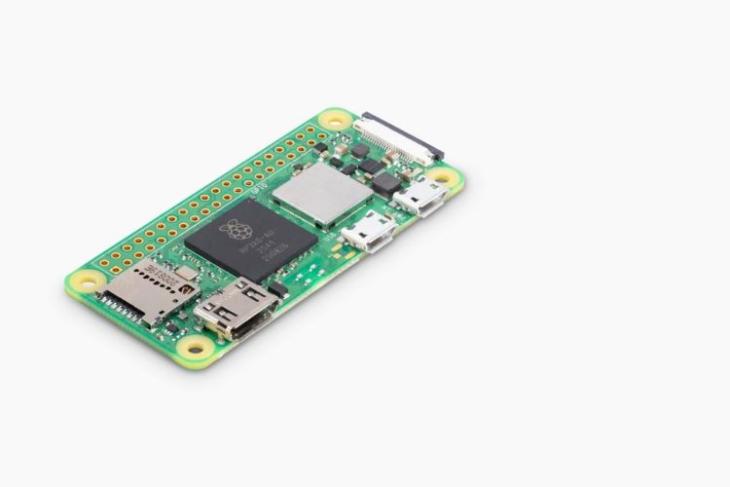 Raspberry Pi Foundation is known for its affordable system-in-package (SiP) products like the $5 Raspberry Pi Zero that launched way back in 2015. Although the company launched an upgraded version of the Pi Zero W in 2017, it did not provide any major performance improvement. However, that changes today with the launch of the Raspberry Pi Zero 2 W. It succeeds the Pi Zero W, bringing some significant performance improvements to this tiny board. And the best part, it costs just $15 (~Rs 1,123).

The Raspberry Pi Zero 2 W is an upgraded SiP that offers five times more performance than the original Pi Zero while retaining the same tiny form factor. So, the latest model will continue to be compatible with existing cases and accessories.

The company was able to improve the performance of the system by fitting an upgraded SoC, the Broadcom BCM2710A1 chipset that also powers the Raspberry Pi 3 system, paired with 512MP of LPDDR2 RAM. The company clocked down the chipset to 1Ghz. However, it provides a significant performance improvement. Furthermore, the system-board comes with heavy copper layers to battle thermal issues. As a result, the Pi Zero 2 W is much heavier than its predecessors.

Other than this, the Pi Zero 2 W also comes with support for Bluetooth 4.2 and 2.4GHz IEEE 802.11b/g/n wireless LAN. Plus, much like its predecessor, it features a mini HDMI port, a micro-USB port, a micro-USB power port, and a microSD card slot. So, it is the perfect tiny computer for various IoT projects or smart home applications, ranging from security cameras to Bluetooth speakers.

How to Set a Static IP Address on Raspberry Pi