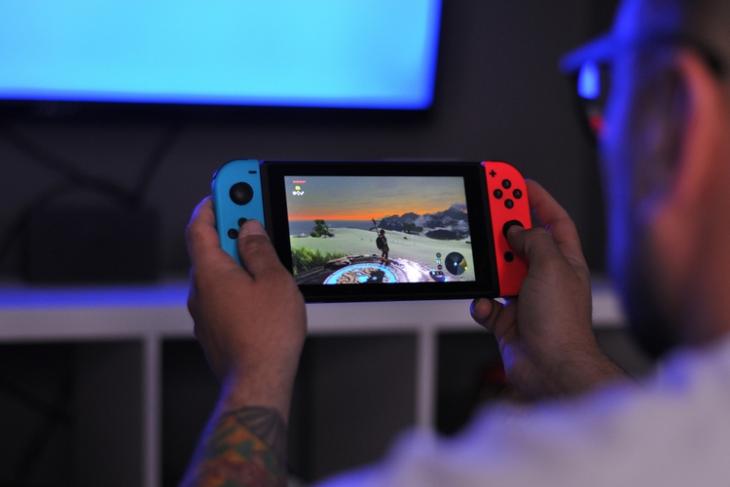 Qualcomm is reportedly working on a handheld gaming console similar to Nintendo Switch. That’s according to an Android Police report citing sources familiar with the company’s strategy. The console is said to equip the flagship Snapdragon chipset and run Android 12 out of the box.

Going by the report, the device will have detachable joycon-style controllers on the left and right sides of the console, much like Switch. It appears as though the console will have a thick form factor, apparently for thermal and performance benefits. The report adds that ‘a premium supplier in the controller space’ will be responsible for designing and manufacturing the gamepads.

According to XDA’s editor-in-chief Mishaal Rahman, the console may have a 6.65-inch Full HD+ display. Moreover, the handheld console may support a fan for efficient cooling. Rahman’s sources, however, tend to believe that this could be a reference design.

The console may pack a 6000mAh battery that supports Qualcomm’s Quick Charge technology. Other details about the console include display-out capabilities and an SD card slot for expandable storage.

Coming to the software, the report says that the console will run Android 12 with a customized launcher on top. It is likely to offer complete support for Google Play apps and services. The company may also team up with Epic to offer the Epic Games Store app at launch. While Qualcomm has plans to build a content portal for this device, it remains to be seen if the company would partner with cloud gaming services for offering their catalog.

Qualcomm’s console is tipped to come with 5G connectivity, albeit with the older X55 modem. It may go on sale sometime in the first quarter of 2022. What’s more surprising is that Qualcomm is allegedly planning to launch it for $300. It will be quite interesting to see if Qualcomm manages to make this a reality, especially at that price point. If it does, it will undoubtedly be a compelling Nintendo Switch alternative.