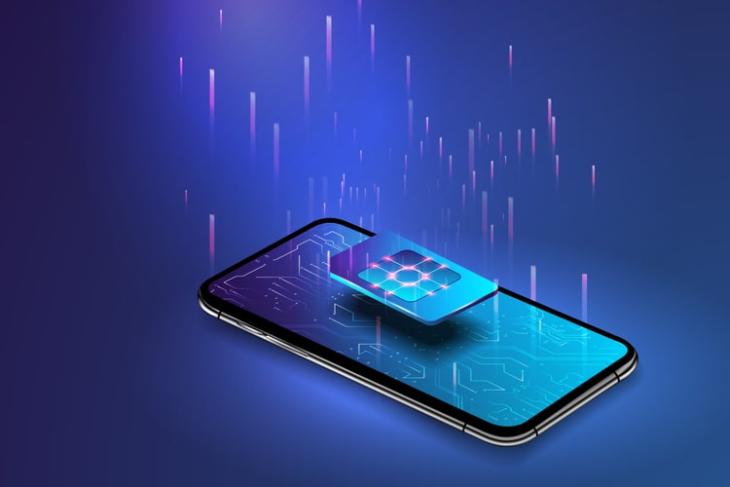 For years, smartphones have relied on a dedicated SIM slot to offer telecommunication services to users. It changed with the release of the Google Pixel 2 and the iPhone XS that brought the eSIM functionality, allowing users to enjoy telecom services without needing to insert a physical SIM card into their devices. However, Qualcomm, along with other industry giants, recently took the concept to its next stage by showcasing a smartphone that comes with SIM card functionalities directly integrated into the mobile chipset.

Qualcomm recently partnered with Samsung, Vodafone, and Thales to demonstrate the new SIM technology, which has been dubbed iSIM. While the “e” in eSIM stands for “embedded” as the system uses a dedicated chipset for connecting to network operators, the “i” in iSIM stands for “integrated” as Qualcomm was able to successfully integrate SIM functionalities directly into the smartphone’s chipset along with the CPU, GPU, and the modem.

In fact, Qualcomm listed the various benefits that the iSIM technology could bring for consumers and telecom operators in the future. The American chipmaker says that the new SIM tech simplifies and enhances device design by eliminating the need for a dedicated SIM slot. It can also enable telcos to provide remote SIM provisioning by leveraging existing eSIM infrastructure. Furthermore, it opens up the scope of integrating SIM functionalities into other devices like laptops, tablets, and IoT devices that previously could not pack SIM features.

Qualcomm recently conducted a demo for a proof-of-concept device in Samsung’s R&D labs in Europe. The company used the Samsung Galaxy Z Flip 3 backed by a Snapdragon 888 5G SoC with a built-in Secure Processing Unit running the Thales iSIM OS to demonstrate the concept and illustrate its commercial readiness. The device used Vodafone’s advanced networking capabilities based on existing infrastructure and its remote networking platform for the demonstration.

So, what do you think about the new iSIM technology? Let us know your thoughts in the comments below.