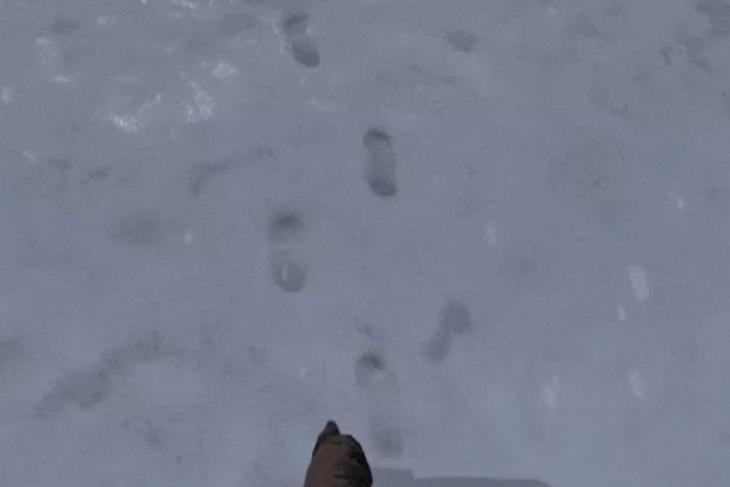 Back at E3 2018, PUBG showed off a video that ended with hints of a new winter map. You could see a player leaving behind their footprints. While everyone just focused on the fact that PUBG Corp had teased a new winter/snow map for the game, nobody gave much attention to the fact that indeed, for the first time, the game was featuring a player’s footprints.

I know, it seems a bit too speculative to call this a feature already, but in a recent interview with PCGamesN, PUBG’s creative director Brendan Greene revealed that they’ve already tested the Winter map. What’s more is that he went on to state that “In the snow map teaser, there was a little reveal that some people picked up on, and I think that is my favorite feature going forward.”

While the feature wasn’t given much attention at E3, players are definitely starting to take things more seriously now. In fact, many users on Reddit believe that the inclusion of the footprints meant that we’ll be able to track players through the winter map’s dynamic weather system. Chances are, that might just happen.

While Brendan Greene hasn’t really confirmed anything, the “possible” footprint feature could add a level of tactical awareness to the game. As such, no place would be safe, and players would have to constantly look around to ensure that, well, nobody has been following their tracks.

As far as the map itself is concerned, Greene has stated that the development has been going really well. In fact, they’ve already had some playtests with a 100 people playing on the map. “We are starting to see how stuff plays out, and I am genuinely excited to get it into your hands.”

As of now, there has been no release date set for the release of the PUBG Winter or Snow map, however, one can expect it to be released this winter, around which we would finally see the stable release of PUBG on the Xbox One as well.