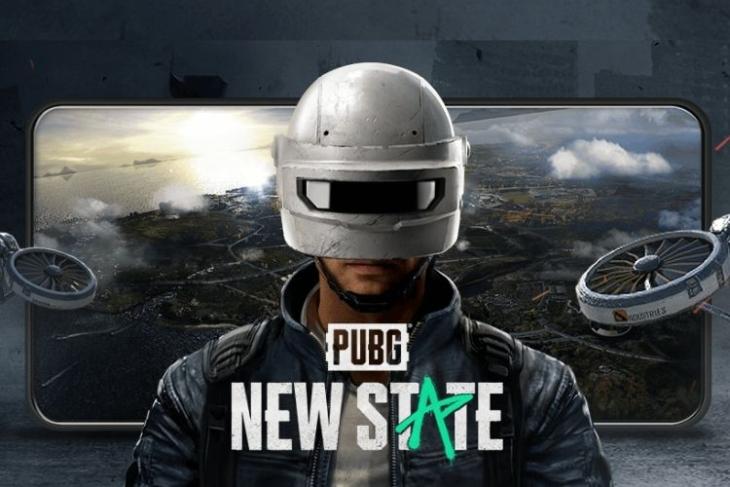 After delivering a new round deathmatch mode with last month’s update and celebrating its 100-day anniversary with rewards, Krafton has now started rolling out the March update for its popular mobile title PUBG: New State. This update brings a brand new McLaren supercar, thanks to the collaboration with the luxury automaker, and many other changes. So, let’s take a look at the details below.

Krafton, with the latest PUBG: New State update, has added the McLaren 765LT supercar along with a new weapon in the game. Also, the update brings a new Survivor Pass, a revamped Erangel, and weapon customization options for existing guns.

Starting with the brand new McLaren car, PUBG: New State now has the McLaren 765LT supercar in the game for players to hop in and ride the vehicle in both Troi and Erangel. Krafton says that the car is lighter, more powerful, and offers the highest levels of driver engagement in the game as compared to the existing vehicles.

The 765LT will spawn at random locations in both maps and will be available in five color options. These include the McLaren Orange, Sunset Orange, Thunderbolt Blue, Luminaire Green, and a New State Special variant.

The latest update also adds a new Survivor Pass with new rewards, cosmetic in-game items, and more. The Survivor Pass Vol. 5 brings Cynthia Song of Project Justice character along with an additional Shadow Assassin costume. So, players can complete all the Story Missions to get Cynthia’s costume, while upgrading to the Premium Pass will add Cynthia’s Shadow Assassin costume to a PUBG: New State players’ inventory.

Furthermore, they can collect various other rewards via the Survivor Pass, Pass Premium, and Premium+ Pass. Moreover, players will be able to collect enough NC (in-game currency) at the end of Premium Pass to buy the next Premium Pass without spending any additional money.

Krafton has also added a new MG3 gun with the March update that comes as a sub-machine gun. It can hold 75 rounds of 7.62 ammo and has two fire rate options — 660RPM and 990RPM. The default fire rate for the new weapon will be set to 990RPM when players pick up the gun in the battleground. Krafton also says that when the gun is set to the 990RPM setting, it deals the most DPS amongst any weapon in the game.

As for the availability of the new MG3 SMG, players will be able to get it from Care Packages in all the maps of PUBG: New State. Lucky players can also get it from the Police Station located in Chester, Troi.

Other than the new gun, Krafton also added a few weapon customization options for the Vector and the Mini-14 guns in the game. So now, players will be able to attach a high-capacity magazine to the Vector to hold 45 rounds, though attaching the magazine will decrease the reload speed in PUBG: New State.

The Mini-14, on the other hand, gets a stock slot using which players will be able to add stock attachments to the gun for better stability and recoil adjustment. However, attaching a stock to the Mini-14 will reduce the opening speed of the ADS (additional sight) of the gun.

The Erangel map in PUBG: New State also received a new Avanpost location with the latest update. Furthermore, a new factory has been added to the Quarry along with multiple new looting locations within the Ferry Pier and The Dock areas. Krafton notes that these new locations will enhance the looting and combat experiences of players in Erangel.

Other than these, Krafton has also updated the Lobby-theme to reflect the Spring season. Furthermore, the developers mentioned that they will add various events to celebrate the new season of the game and the start of Spring, going forward.

So, these are some of the key changes in PUBG: New State’s latest March update. You can check out the official patch notes on the game’s official website to learn more about the new changes. And if you are an avid PUBG: New State player, you can go to the Google Play Store or the Apple App Store to update the game to the latest version with all the above features and changes.