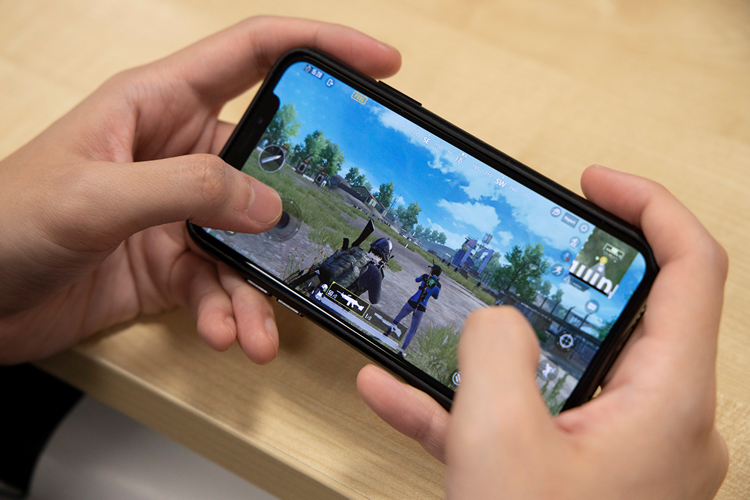 Though PUBG Mobile has been banned in India for over three months, the game still continues to reign supreme across the globe. PUBG Mobile has been crowned as the top-grossing mobile game of 2020 in Sensor Tower’s latest report. It surpassed Honor of Kings by Tencent by a hair but beat Pokemon Go by Niantic with a massive margin.

“PUBG Mobile, combined with the Chinese localization of the title, Game For Peace, is the No. 1 revenue-generator globally across the App Store and Google Play in 2020,” says the report. The global mobile gaming market generated close to $75.4 billion in 2020. This figure translates to 19.5% gains over the previous year.

As you can see in the chart below, PUBG Mobile earned close to $2.6 billion (~Rs. 191,000 crores) over the past 12 months. This is a 64.3% gain over last year’s revenue figures and well, it does not include any revenue from India. Even if it did, the revenue won’t really be affected by a lot. It was recently revealed that India contributed a puny 1.2% (around $41 million) in the global revenue share. So, PUBG Mobile’s ban in India may affect the player base but the revenue is still going strong. 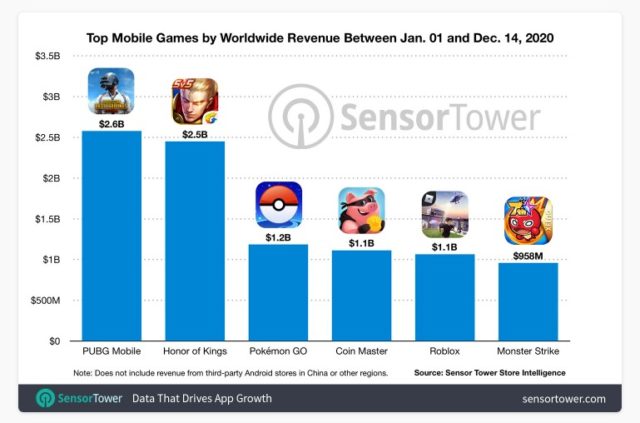 PUBG Mobile was closely followed by Tencent’s Honor of Kings, which amassed close to $2.5 billion in revenue this year. This is a 42.8% uptick over the previous year. The COVID-19 pandemic might have forced us to stay indoors but it did not stop trainers from catching new and rare Pokemons. Niantic’s Pokemon Go had one of its best years, thanks to the addition of cool new features that helped people rank up at home. The game earned over $1.2 billion this year, which is 31.5% as compared to last year.

The fourth and fifth spots were snagged by Coin Master and Roblox with $1.1 billion in revenue respectively. If you like Roblox, you can check out some of its alternatives via this link right here. Also, I am surprised to see that Among Us hasn’t set any revenue records yet. That may be because the game is free to play on mobile and has cheaper cosmetic upgrades as compared to the aforementioned titles. With the upcoming new map, Among Us could start charting a course to bring in more users and revenue.