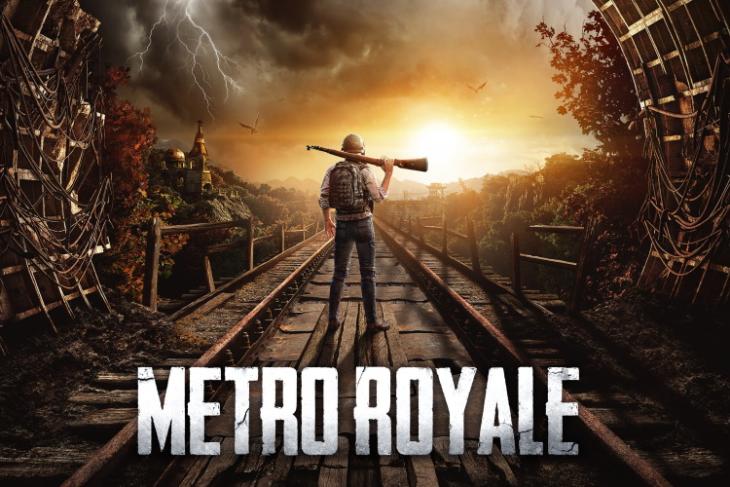 PUBG Mobile is no stranger to collaborations. The phenomenal battle royale game has already collaborated with Godzilla, Resident Evil 2, and K-pop group Blackpink. PUBG Mobile teased its next partnership, with renowned FPS game Metro Exodus, in August earlier this year. Now, three months later, this partnership has finally come to fruition and PUBG Mobile has been updated with the new ‘Metro Royale’ mode.

The highlight of PUBG Mobile version 1.1 update is, of course, the new Metro Royale mode. This is not a battle royale mode. Now, how do you access this mode?

The moment you power up the game after the update, you will see a tunnel with the ‘Metro Royale’ option in the lobby. Tap to start and you will be taken to a new lobby, which will allow you to customize your inventory, weapon loadout, and more. This is important because you will jump into the Metro Royale with a set weapon loadout – the one you choose in the new lobby.

This new lobby experience brings along exclusive features, including a black market (new Metro Royale shop that includes new weapons, mines, grenade launchers, and other items you may need against monsters), command post, missions, talents, and a lot more, as per the patch notes. You can check out how this works in the video attached below:

Metro Royale arrives on November 10th! Are you prepared? 📦

Prepare for the apocalypse by reading the Survival Guide here! 🔗 https://t.co/hHGhMjCerK pic.twitter.com/5a4B0bNQVj

PUBG Mobile has also added a new weapon and new environments to supplement the Metro Royale experience. The new weapon is a silent air rifle called Tikhar Rifle, which uses steel balls and deals greater damage when used at high air pressure. You can now also attach the M203 Grenade Launcher to blow up enemies and night vision scope, as well as thermal sight, to spot them.

Which map will be used for the Metro Royale mode? Well, PUBG Mobile has designed two new environments to give you the feel of a post-apocalyptic world. They are based on Erangel featuring ruins, trenches, a bandit camp, and other locations. There’s also an underground world, full of monsters and bandits you can loot. You will also find a railcar vehicle that you can use to traverse the underground tunnels.

Apart from the Metro Royale mode features and experience, PUBG Mobile version 1.1 update also brings new content to the classic battle royale modes. You can now throw melee weapons, use spike traps to stop vehicles, mark routes on the mini-map, and a lot more. Though PUBG Mobile is currently not available to play in India, it is expected to make a return around Diwali and we are excited for new content. The entire patch notes for this update can be found right here.