Samsung’s recently launched Galaxy Tab S4 (Rs. 57,900) might have the Snapdragon 835 from last year, but it is by no means a poorly performing tablet. It can handle any task you throw at it and it won’t let you down. However, speaking of tasks you can throw at the tablet, if you were thinking of playing PUBG on the large 10.5-inch sAMOLED display of the Tab S4 and get chicken dinners in a breeze, you’re in for a little shock.

Check out the screenshot below. See those humungous HUD icons? Does it look like the kind of set up you want to play in? If it does, well, by all means go ahead and enjoy, but I’m sure it doesn’t look good to a majority of people and that’s sort of obvious. The fire buttons are so huge you end up tapping them without ever meaning to, and they basically leave no space to drag your finger around and aim properly. If you end up playing in War Mode on the Tab S4, and if you drop into a Sniper round, you’re screwed. Really. You’ll end up firing your Kar98 at the most inoppurtune times, and when you actually spot an enemy, first you won’t be able to aim properly, and once you do aim, chances are you’ll be reloading your rifle. It’s just bad. 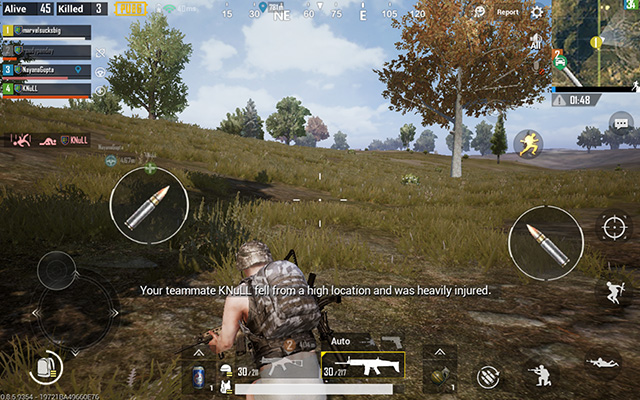 Not to mention the quite obvious issue with playing on a tablet, it’s not as easy to use the buttons towards the inside of the display because your fingers will have trouble reaching that far. It honestly takes concious effort to properly tap a lot of the controls here.

Let me clarify something here. By no means is this a problem caused by the Tab S4. No, this is a problem that’s caused simply because of the way PUBG Mobile decides to handle the large display on this tablet. Instead of making the most out of a big display and letting the player see a bigger area, PUBG Mobile simply stretches the game to fill the display – that’s why you have abnormally large icons, buildings with clear anti-aliasing problems, and an obvious blur and tearing effect all over the HUD.

If you don’t believe this could be the developer’s fault, take a look at Fortnite on the Tab S4. The HUD is perfectly sized in Fortnite as you can see in the screenshot below, and even though Fortnite on Android is a terrible mess, it’s still a lot better as an experience on the Tab S4 than PUBG Mobile is, at least right now. 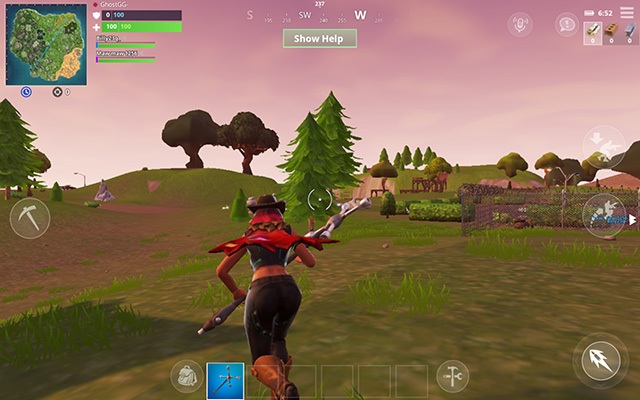 I’m pretty sure that if Tencent games were to optimize their game for larger screens like the one on the Tab S4, it could look stunning on this massive 2560×1600 sAMOLED display, but until that happens (and I don’t know if it will) playing PUBG Mobile on the Tab S4 (Rs. 57,900) will remain an excercise in frustration.