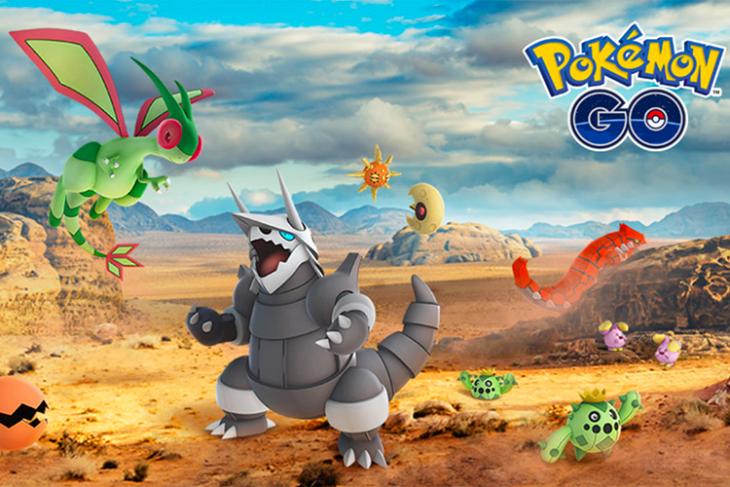 Pokemon Go was one of the first games to really bring Augmented Reality (at least some imitation of it) to the forefront of mobile games. The game instantly went viral and was being played by so many enthusiastic Pokemon fans that for the first few months of its existence, Niantic and the Pokemon Company were struggling with immense server overloads. As if that was not enough, people were so engrossed in playing the game, it resulted in quite a number of accidents, with a lot of them even being fatal to the lives of the players.

Everything is stable now, and to maintain the game’s user base, Niantic keeps bringing in new updates, new events and new monsters for players to catch (they’re also working on new AR games, including one for Harry Potter!)

True, sometimes the new raid models don’t go down too well with players, even seasoned Pokemon Go veterans, but I digress.

Today, the company announced that 23 new Pokemon from the Hoenn region were now available in the game. The company’s announcement only showed an image with a number of Pokemon, so it was up to gamers to identify them (which, Polygon has already done. Thanks, guys!). These are the new Pokemon that you’ll be able to find in the game:

As the eagle-eyed among you must’ve noticed, that list only has 15 names. The image Niantic posted did not have any more Pokemon, but going by the educated guesses made by the people at The Silph Road subreddit, the rest of the Pokemon might just be the following ones:

Obviously, that list is based on educated guesswork, so the real Pokemon might be some others. So keep an eye out for new Pokemon guys, and if you spot something new, hit us up!

Also, I know Pokemon Go is the kind of game that might immerse you to a level where you forget about your environment, but please oh please, be careful if you’re outside playing this on the street… or somewhere in the mountains. Pokemon are not worth your life.