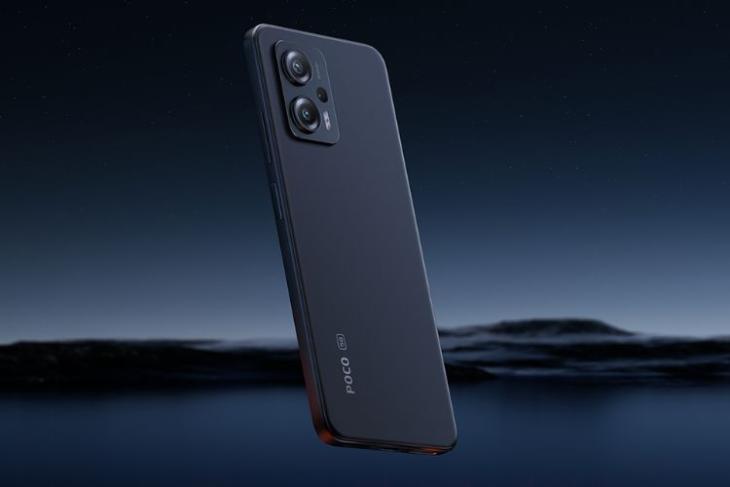 As revealed previously, Poco has unveiled the Poco X4 GT globally alongside the Poco F4 5G that also made its way to India. The X4 GT is a new member of the Poco X series and comes with highlights like a 144Hz display, a Dimensity 8100 chipset, and more. Here’s a look at all the details.

The Poco X4 GT is a rebadged version of the Redmi Note 11T Pro, which was introduced in China recently. The design is also the same; you get a rectangular hump with big camera housings at the back, flat edges, and a punch-hole screen. There are black, blue, and silver color options to choose from.

There is a 6.6-inch Full HD+ TrueColor display with a 144Hz refresh rate with a 7-stage Dynamic Switching, HDR10, Dolby Vision, DC Dimming, and more. As mentioned earlier, it has a Dimensity 8100 SoC on board, which competes with the OnePlus 10R, the Realme GT Neo 3, and more. The phone comes equipped with 8GB of RAM and up to 256GB of storage.

The phone gets its fuel from a 5,080mAh battery with support for 67W fast charging. It runs MIUI 13 based on Android 12. Additional features include dual stereo speakers, Dolby Atmos, X-axis linear motor, LiquidCool Technology 2.0, a side-mounted fingerprint scanner, Face Unlock, and more.

It will be available, starting June 27 globally. However, there’s no word on the Poco X4 GT’s availability in India yet.