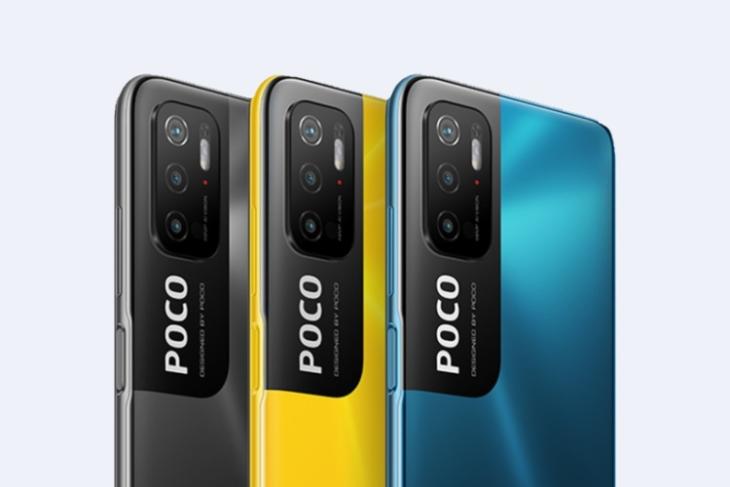 While Poco may have canceled its upcoming India launch due to the ongoing COVID-19 crisis in the country, the Chinese giant will unveil a new smartphone in the global market on 19th May. Dubbed the “Poco M3 Pro 5G,” it will be an elder sibling to the standard M3 and aims to bring 5G connectivity to a wider audience.

The company made the announcement via the official @POCOGlobal Twitter handle. The caption of the tweet reads – “#POCOM3Pro 5G is coming in hot! Who’s ready for more? Stay tuned for May 19th.” There’s no product page nor does the teaser image in the tweet reveal anything about the upcoming device.

Look out! Another POCO launch is coming your way! #POCOM3Pro 5G is coming in hot!
Who's ready for more?
Stay tuned for May 19th. We are bringing you #MoreSpeedMoreEverything! pic.twitter.com/FmLQyE1CXl

Now, the tweet includes no hints about the Poco M3 Pro’s specifications or design, but POCO global’s head of product marketing Angus Ng has confirmed some of the things one should expect from the upcoming device.

In an interview with Android Central, it was revealed that Poco M3 Pro will include a MediaTek chipset with 5G connectivity under the hood. It will also have a high refresh rate display, faster storage, more RAM, and three color variants.

In addition, the Poco M3 Pro renders have surfaced online with a unique design on the back. You see a triple camera module inside an elongated black patch that includes the Poco branding. The device will come in three colors, including black, blue, and the signature yellow – in line with the interview. On the front, you have a bezel-less display with a centered punch-hole selfie camera.

If the rumors are to be believed, Poco M3 Pro 5G will be a rebranded version of Redmi Note 10 5G. It was launched in Europe earlier this year, so we already know all of its specifications.

You will find a 6.5-inch Full-HD+ LCD display with a 90Hz refresh rate on the front. The punch-hole houses an 8MP selfie camera. As for the triple camera setup on the rear, you have a 48MP primary sensor and two 2MP sensors for depth and macro capture.

Under the hood, the Redmi note 10 5G is powered by the MediaTek Dimensity 700 chipset. You will also have up to 6GB of RAM and up to 128GB of built-in storage. The device will pack a side-mounted fingerprint sensor and a 5,000mAh battery with 18W fast-charging onboard.

So yeah, whenever the Poco M3 Pro 5G launches in India, it will compete against the Realme 8 5G in the sub-Rs. 15,000 price segment. Excited about this launch? Let us know your thoughts in the comments below.