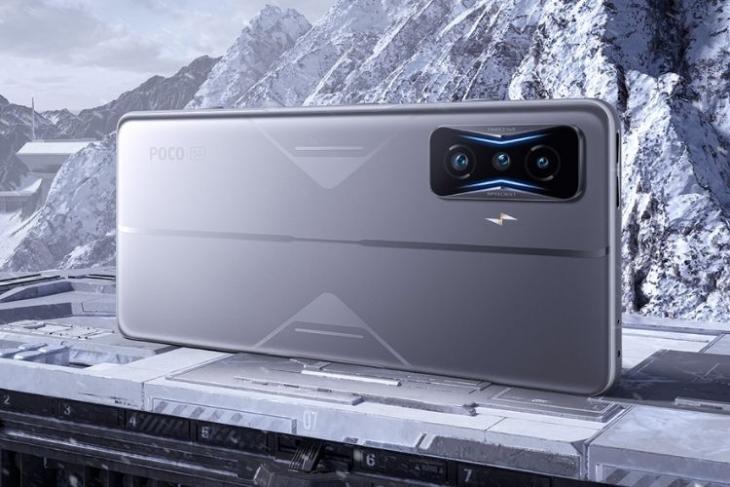 Poco, as promised earlier this month, has launched its flagship-grade Poco F4 GT gaming smartphone in the global market today. The device comes with various high-end specs and gaming-focused features, including the Snapdragon 8 Gen 1 SoC, pop-up shoulder trigger buttons, 120W fast charging, and more. So, without any delay, let’s take a quick look at all the details of the device.

The Poco F4 GT comes as a successor to last year’s Poco F3 GT and is primarily a rebranded Redmi K50 Gaming Edition that launched in China earlier this year. While the latter is exclusive to the Chinese market, Poco, being a Xiaomi-backed company, has launched the said device as the Poco F4 GT in the global market.

The Poco F4 GT sports a 6.67-inch Full HD+ AMOLED display with support for a 120Hz refresh rate and a 480Hz touch sampling rate to deliver a smooth and immersive gaming experience. The panel has a DisplayMate A+ rating, supports MEMC, HDR10+, Dolby Vision, and comes with a Gorilla Glass Victus coating on top.

There is a punch-hole 20MP selfie snapper at the front. At the back, the device features a triple-camera setup, including a primary 64MP Sony IMX686 lens, an 8MP ultra-wide lens, and a 2MP macro sensor. Plus, there is an RGB LED strip surrounding the rectangular camera module of the device that can light up for incoming notifications, battery charging, and Game mode. There’s support for various camera features like Portrait mode, Night mode, and more.

Under the hood, the Poco F4 GT is powered by the flagship Snapdragon 8 Gen 1 chipset, paired with up to 12GB of RAM and up to 256GB of UFS 3.1 storage. There is also a 4,700mAh battery with support for 120W HyperCharge fast charging, which is a first for the Poco brand. The company says that the device can fully charge up in just 17 minutes.

The device also comes with an advanced LiquidCool Technology 3.0-powered 4860 sq. mm dual-VC thermal system inside. It is a multi-layer cooling system that is responsible for keeping the temperatures of the device down during high-performance gaming. Additionally, there are magnetic pop-up shoulder keys 2.0 trigger buttons on the edge of the device to deliver a gamepad-like experience while gaming. Other noteworthy features include Multi-link 5.0 tech, smart charge solution, Game Turbo, and more.

The phone will be available to buy from Poco’s official stores and other retailers from April 28. Customers will also be able to grab the devices at discounted prices for a limited period as part of Poco’s early bird offer. So, what do you think about the new Poco F4 GT? Would you buy the device for its price? Let us know in the comments.