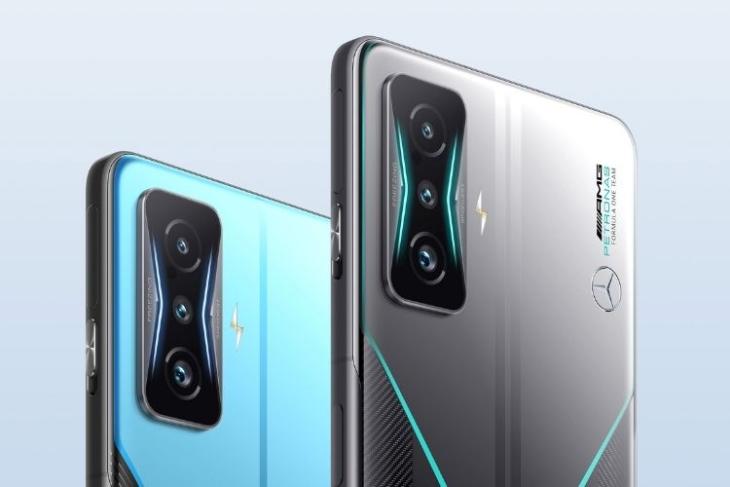 After launching the Poco F3 GT with the Dimensity 1200 chipset last year, Poco has now confirmed that it will launch the next iteration of the device later this month. Yeah, the Xiaomi-backed company has confirmed to launch the Poco F4 GT in the global market on April 26. Check out the details below.

Poco recently started sending out email invitations for its upcoming launch event on April 26 at 8 PM GMT+8 (6 PM IST). The online launch event will see the launch of the company’s gaming-focused Poco F4 GT smartphone along with its first AIoT products. You can check out the official Poco F4 GT invite attached right below.

Now, although Poco did not reveal much about the F4 GT, we expect the device to be a rebranded Redmi K50 Gaming Edition, which was launched in China earlier this year.

There is a high chance that Poco will sell the Redmi gaming device as the Poco F4 GT in the global market, much like how it launched the Redmi K40 Game Enhanced Edition as the Poco F3 GT in India last year. Moreover, in the above teaser image, we can see a hint of the back design of the Redmi K50 Gaming Edition.

If Poco indeed launches the Redmi K50 Gaming Edition as the Poco F4 GT in the global market, we can expect the device to feature a 6.67-inch Full HD+ AMOLED display with a 120Hz refresh rate and a 480Hz touch sampling rate. Under the hood, the Poco F4 GT will sport the Snapdragon 8 Gen 1 SoC, paired with LPDDR5 RAM and UFS 3.1 storage.

In the camera department, the Poco F4 GT will come with a 64MP primary snapper, an 8MP ultra-wide lens, and a 2MP macro sensor. A 20MP selfie snapper is also expected at the front.

Other than these, the device could come with a 4,700mAh battery with support for 120W fast charging, a four-unit JBL speaker system, and pop-up shoulder key 2.0 triggers for playing a variety of games. Additionally, it would come with 5G support, CyberEngine ultra-wideband X-axis motor, and an exclusive gaming antenna.

So, what do you think about the upcoming Poco F4 GT? Let us know your thoughts in the comments below. Also, stay tuned for pricing and availability details of the smartphone once Poco launches it this month.