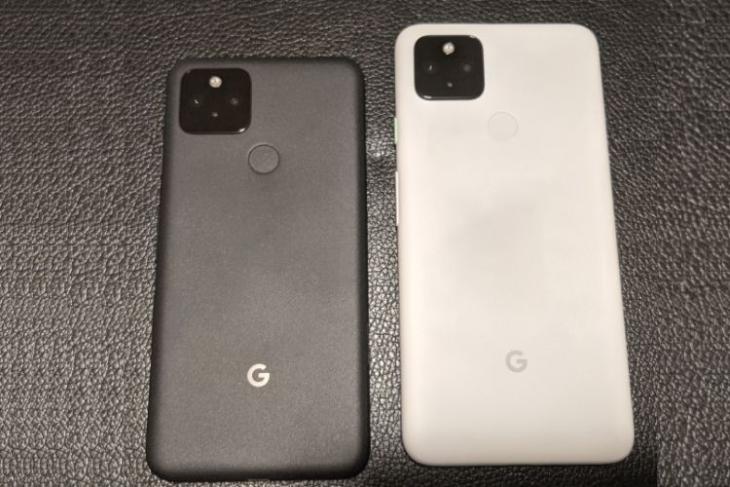 A user on Reddit shared live images of the Pixel 4a (5G) and the Pixel 5, along with the major hardware specifications over the weekend. The Redditor deleted the details later on, but the folks over at XDA Developers managed to grab a copy of it.

The specifications posted by the leaker corroborates previous rumors about the Pixel 5. It mentions the presence of the Snapdragon 765G chipset under the hood. The Pixel 5 is said to have a 90Hz display, up to 8GB RAM, and a modest 4,000mAh battery.

In terms of the build, the company seems to have used plastic instead of glass this time around. There’s a physical fingerprint scanner at the rear of both the devices. Also, you will not get the 3.5mm headphone jack in tow, unlike the mid-range Pixel 4a. Going by the leaker’s claims, Pixel 5 will feature a 12.2MP primary camera and a 0.5x wide-angle lens as opposed to a telephoto lens found aboard the Pixel 4. The selfie camera is said to be an 8MP shooter.

Coming to Pixel 4a(5G), the user claims the presence of the same Snapdragon 765G chipset under the hood. It’s paired with 6GB of RAM and a standard 60Hz display. In addition to the physical fingerprint scanner, the Pixel 4a(5G) is said to retain the headphone jack. Pixel 4a(5G)’s camera specifications shared by the leaker are the same as the Pixel 5. On the battery front, the handset may have a smaller 3800mAh battery.

Since these specs are not official or confirmed by any means, we recommend taking it with a pinch of salt. Anyway, Google has skipped the Pixel 4a(5G) and Pixel 5 in India. The devices will launch in the U.S., Canada, the United Kingdom, Ireland, France, Germany, Japan, Taiwan, and Australia. The company has also confirmed that its new upcoming 5G devices will start at $499 (around Rs. 36,999) in the US.