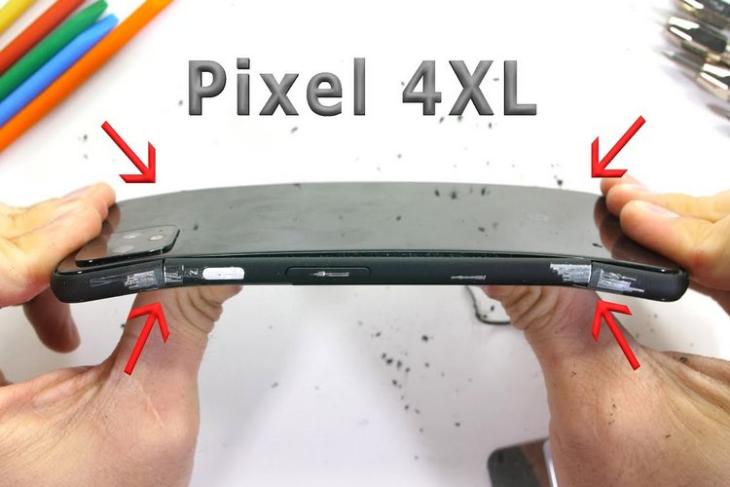 Known for putting smartphones and other gadgets through brutal durability tests on his YouTube channel “JerryRigEverything”, Zack Nelson recently turned his attention to the Pixel 4 XL, putting it through the paces and subjecting it to an array of torture tests that raised serious doubts about its build quality.

As can be seen in the video, the Pixel 4 XL does a pretty decent job of resisting scratches, thanks to the Gorilla Glass 5 protection on its display panel. However, the lack of metal reinforcement along the frame meant that it got absolutely destroyed during the bend test, even though you’d expect a $900 device to fare somewhat better, if not escape the ordeal completely unscathed.

As noted by Nelson himself, most modern flagship smartphones survive his durability tests without any major damage, but the Pixel 4 XL was not one of the survivors, having cracked in four different places along the frame. According to Nelson, “Each of the antenna lines cracked when the phone was bent”, which tells you that it might not be the most structurally sound phone in the market today.

With the Pixel 4 XL seemingly falling apart at the slightest hint of pressure, Nelson issued the following advisory to Pixel 4 XL users: “The Pixel 4xl should not be placed in your back pocket, or anywhere where the the phone can be flexed”. When someone who has put dozens of smartphones through the exact same torture tests over the years expresses his disappointment with such scathing language, you know something is really wrong with the build quality of the Pixel 4 XL.

The Pixel 4 Will Come with Face Unlock and Gesture Control, Google Confirms