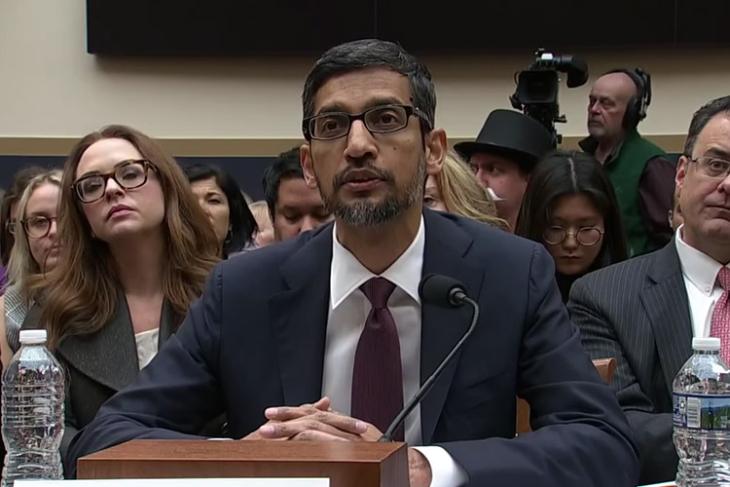 Yesterday, Google CEO Sundar Pichai saw himself sitting across the House Judiciary Committee, answering some difficult questions to defend his company. Needless to say, Pichai had to answer a lot of crucial questions regarding the company’s plans for China, data breaches, etc.

However, Iowa Congressman Steve King had one question in particular that broke the silence at the house. King’s question to Pichai was very straightforward. He asked about why his seven-year-old granddaughter saw a photo of him with inappropriate language while playing a game on her phone. Except, the phone which he mentioned in the question was, well, an iPhone. 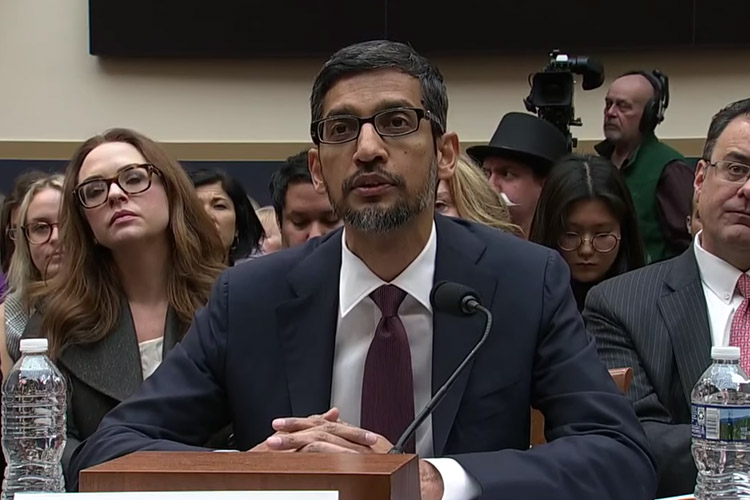 iPhone, as we all know, is made by Apple, and has nothing to do with Google. Yes, Google makes apps for iOS, but that doesn’t necessarily explains why King’s granddaughter saw   inappropriate photos.

So, Pichai, who took a second before answering that question, said, “Congressman, iPhone is made by a different company.” The answer broke the silence in the room as Democrats burst out into laughter. Yes, you can check out the clip here –

Rep. Steve King: "How does that show up on a 7-year old's iPhone who's playing a kid's game?"

Google CEO Sundar Pichai: ""Congressman, iPhone is made by a different company…"

Also, notice how he says “before the election?” So, the way I see it, King’s granddaughter must have seen some kind of an ad related to King’s November 2018 re-election bid.

That being said, a seven-year-old having to put up with inappropriate ads is not justified, and I truly believe that all tech giants must have proper regulation in place for the kind of ads that show up on phones of young users.