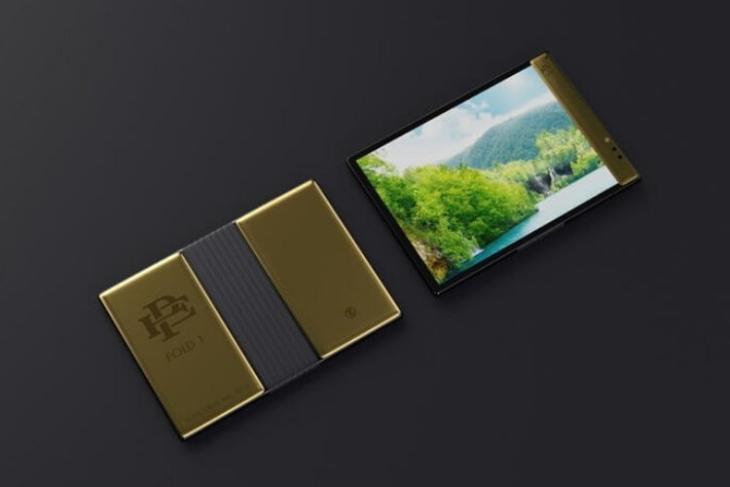 Many say that smartphones aren’t seeing any real innovation right now but I will have to disagree. The mindless bezel-shrinking war may have distracted phone makers, however, 2019 saw the rise of one of the most interesting form factors – foldable phones. It is one category that we are truly excited to see how it develops next year. And well, pushing the needle forward is none other than Roberto Escobar, brother to famed Colombian drug lord Pablo Escobar.

Yes, Escobar Fold 1 is the latest foldable phone to join the ranks of existing foldables like Galaxy Fold or Motorola Razr. It features a flexible display that unfolds outwards and you can see a gold-plated rear and side panel in the pictures as well. The Escobar Fold 1 does look wild with the gold-color paint job but there’s a lot more to the story. 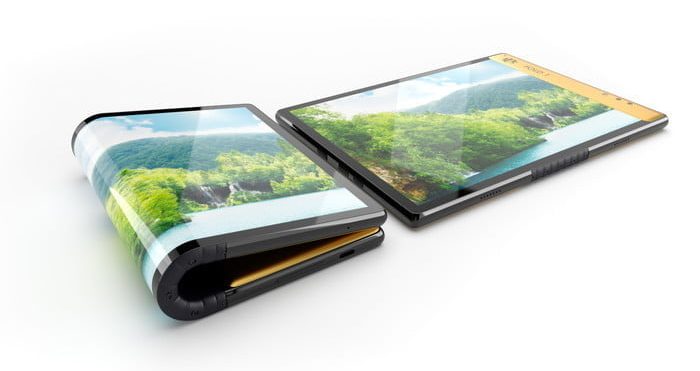 Now, anyone would think that Roberto is gunning for existing foldable phone players like Samsung, Huawei or Motorola. But, it’s Apple that he intends to beat with his affordable and “very-difficult-to-break” foldable phone. Escobar Fold 1 will be available in limited quantities and will retail at a jaw-dropping $349 (around one-fourth of current-gen foldable phones) and the reason for its low price tag is explained in the statement below.

Roberto Escobar told Digital Trends – “I have told many people that I would beat Apple and I will. I cut the networks and retailers, to sell to customers [a] phone that can fold for only $349, phones which in stores cost thousands of dollars by Samsung and others. This is my goal, to beat Apple, and by doing it myself like I always have.” You can check out an NSFW introduction teaser for the Escobar Fold 1 right here:

Before I list down the specification, I want to point out that Escobar Fold 1 is simply a rebranded Royole FlexPai, which is claimed to be the world’s first-ever foldable phone. The device features a 7.8-inch AMOLED FHD+ screen, is powered by a Snapdragon 800-series chipset, offers 6GB RAM, 128GB storage, and a 4,000mAh battery. Escobar Fold 1 also features a 20MP+16MP dual-camera setup.

Considering the specs and the technology, Escobar Fold 1 is a steal if you’re able to snag the foldable phone when it becomes available for purchase. The device is unlocked, will support all major carriers, and well, there’s free worldwide shipping as well. So, will you order this foldable phone and help Escobar beat Apple? Let us know in the comments below.