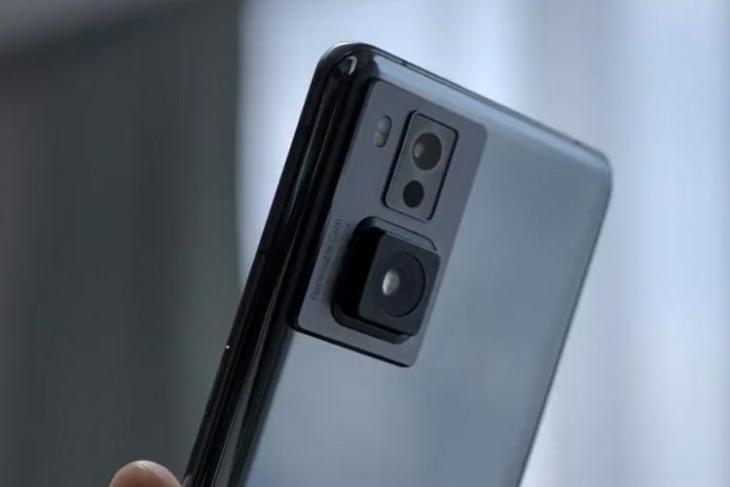 Each year we see new technologies to further improve mobile photography and 2021 (even 2022) won’t be different. Oppo, which has showcased a number of intriguing techs in the past, is all set to introduce new ones at the upcoming INNO Day event in China. One of them is a retractable camera, which has now been officially teased by the company. Here’s what it is like.

Oppo, via an official tweet, has posted a short clip, which showcases its retractable camera tech on a smartphone. The video shows an unknown Oppo phone with the main camera that moves in and out, much like how traditional cameras work. Much like the pop-up cameras, the retractable type will move out when the camera app is launched and will retract once the photo or video is captured.

The main idea of this tech is for smartphones to get better zooming capabilities. It is also to get rid of the huge protruding camera bumps we have been seeing today. The video teaser doesn’t show a totally-eliminated camera hump but it might prove better than the other options. We are expected to get more details during the Oppo INNO Day event, which is scheduled for December 14 in China.

It is also revealed that the new tech will be resistant to water and one might be able to take photos even when it’s pouring rain. Its durability is also ensured by the fact that it will be immune to accidental drops and falls. As for the tech details, the camera will come with an aperture of f/2.4 and a focal length of 50mm. It will feature a 1/1.58-inch sensor.

One thing worth noting is that further details on the technology are still behind the veil. We don’t know which phone will feature the tech and whether or not it’s meant for commercial use right away or is just a prototype to show off. We shall answer all these questions once Oppo reveals the details.